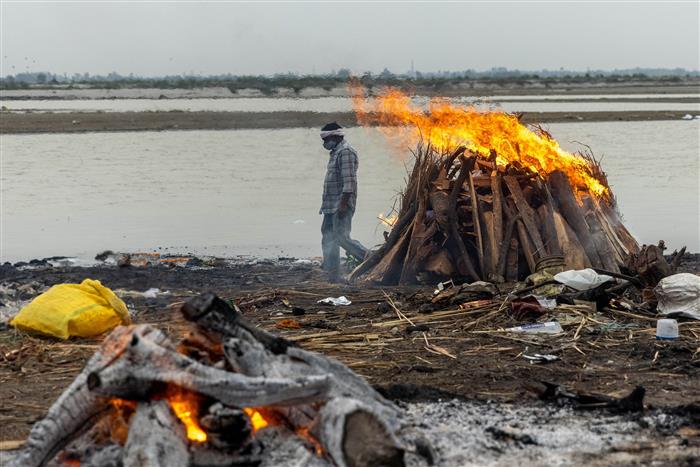 The Buxar district administration in Bihar today confirmed that it has retrieved bodies of 71 suspected COVID-19 victims, which were found floating in the Ganga at Chausa block and all of them have been “respectfully disposed of” by officials. It is also informed that DNA samples of these bodies have been preserved for further investigation.

Superintendent of Police Neeraj Kumar Singh told The Tribune over phone that the administrative machinery of the district managed to retrieve 71 bodies. “Most of them have been disposed of. DNA samples of the bodies too have been preserved for further tests and investigation,” he said, adding that post-mortems of bodies were done at the ghat itself as they were highly decomposed.

An administrative officer in the district, on the condition of not being quoted, said, “The autopsies on the highly decomposed and bloated bodies could not establish the reason of death due to COVID-19 infection.”

However, a local resident Akshay Ram, who lives near the Mahadeva Ghat in the Chausa Block, while giving an eyewitness account said, “Bodies were disposed of by burying them in a large pit dug by a JCB machine on the river bank.”

Meanwhile, the district administration has taken measures to ensure that such incident does reoccur in the area, as it has in collaboration with the officials of adjoining Ghazipur (UP), has installed a “maha jal (large fishing net) across the course of the river at the Chausa (Bihar) -Magahar (UP) area to ensure that if there are more bodies, they do not remain in water for long, a senior official said.

Reacting over the development, Union Minister of Jal Shakti Gajendra Singh Shekhawat today said the incident was “unfortunate” and asked concerned states (UP and Bihar) to take immediate cognisance.

“The incident of corpses found floating in Ganga in Buxar region of Bihar is unfortunate. This is definitely a matter of investigation. The Modi government is committed to the cleanliness ‘mother’ Ganga. This incident is unexpected. The concerned states should take immediate cognisance in this regard,” the Union Minister said in one of his Twitter posts.