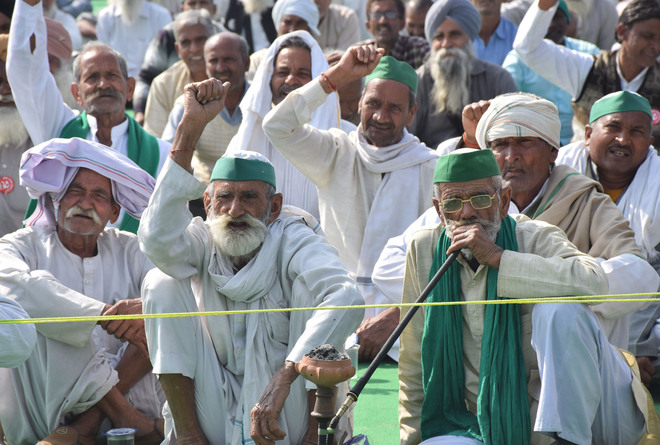 Farmers during a protest at Ghazipur border. Mukesh Aggarwal

Addressed to the Samyukt Kisan Morcha (SKM), 87 farm organisations and allied agro-ecology, farm and food justice groups in the United States have in a statement expressed support for Indian farmers’ protests.

The groups have urged the US and Indian Governments to support localised food systems to protect food sovereignty and livelihoods of millions. “India’s farmers have mobilised support to create one of the world’s most vibrant protests in history against unjust farm laws that will increase agri-business’ stranglehold over their food system. They have rallied around a cry for the repeal of three laws that aim to liberalise Indian agriculture and food sectors, not only at the cost of farmers, but also the food security of India’s poor”, the statement read.

Liberalising markets without taking into account farmers’ political voice and protecting against concentrated buyer power makes a mockery of what markets should stand for. —Sophia Murphy, Executive director, IATP

“Liberalising markets without taking into account farmers’ political voice and protecting against concentrated buyer power makes a mockery of what markets should stand for; we denounce the three farm bills, the lack of consultation with farmers and their organisations, and stand in solidarity with the brave stance India’s farmers are taking,” Sophia Murphy, executive director, Institute for Agriculture and Trade Policy (IATP), said.

“The draconian steps that the Indian state has taken in response to peaceful farm law protests and against those supporting the strike (such as detention of Disha Ravi) is making the fault lines of Indian democracy visible to the world. India is at a turning point: it can decide to honour the demands of its farmers or continue to stand by Indian billionaires who would benefit from these farm laws,” said Shiney Varghese, senior policy analyst at the IATP.

A key demand of the protesting farmers is MSP for all crops to limit the market power of buyers in highly unequal markets. “The US has been a key opponent of India’s limited use of MSP at the WTO, arguing that it represents an unfair subsidy. Yet, the US Government spends tens of billions of dollars on its agriculture, much of it in programmes that directly contribute to low prices and commodity dumping in international markets,” the statement read. — IANS