Obama, Biden, Sanders yet to speak on the issue 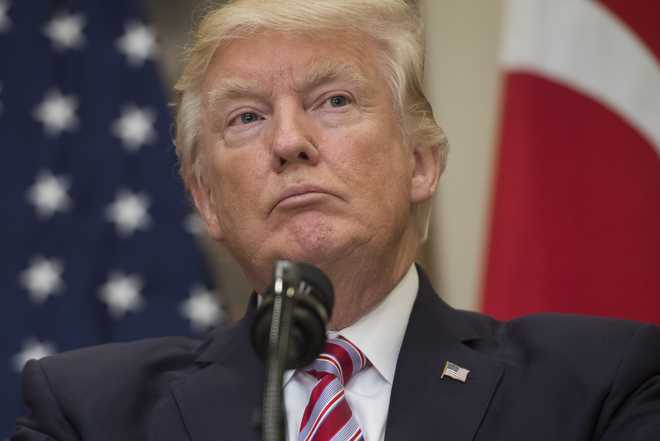 US President Donald Trump has called the desecration of Mahatma Gandhi’s statue in Washington a “disgrace”.

While Trump made this brief remark a week after the statue was vandalised with graffiti and spray paint, leading Democrats, including Joe Biden, Bernie Sanders and former President Barack Obama, have not spoken on the incident that took place on the intervening night of June 2 and 3.

There has also been condemnation by a few US Senators, all of them from the Republican camp. Several national monuments, including the Lincoln Memorial and the Washington Monument, as well as a church and several statues were defaced by miscreants during protests against the police killing of George Floyd.

A similar incident has taken place in London where a Gandhi statue installed in 2015 was among a large number of city symbols that were spray painted. “It’s disgraceful to see the defacing of the Gandhi statue. Gandhi was a pioneer of peaceful protesting, demonstrating the great change it can bring. Rioting, looting and vandalising do not bring us together,” said Tom Tillis, a Republican Senator.