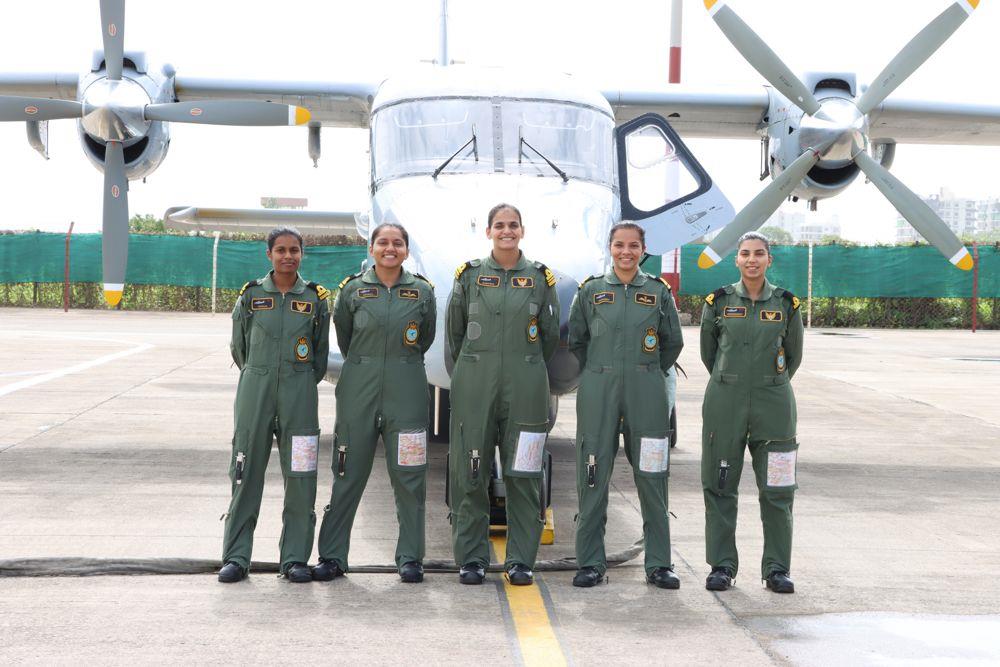 The Navy's all-woman crew after the historic mission. Tribune photo

Five women officers of the Indian Navy have created history by completing the first all-woman independent maritime reconnaissance and surveillance mission in the North Arabian Sea onboard a Dornier 228 aircraft.

The mission, launched from the Naval Air Enclave at Porbandar in Gujarat, was completed on August 3. The aircraft was captained by the mission commander, Lt Cdr Aanchal Sharma. She had pilots Lt Shivangi and Lt Apurva Gite and Tactical and Sensor Officers Lt Pooja Panda and SLt Pooja Shekhawat in her team. The Naval Air Squadron based at Porbandar operates the state-of-the-art Dornier 228 maritime reconnaissance aircraft.

The women officers received months of ground training and comprehensive mission briefings in the run-up to this historic sortie.