Has already undergone three sessions of the test, also known as the lie-detector test, the last being held for about three hours on Friday 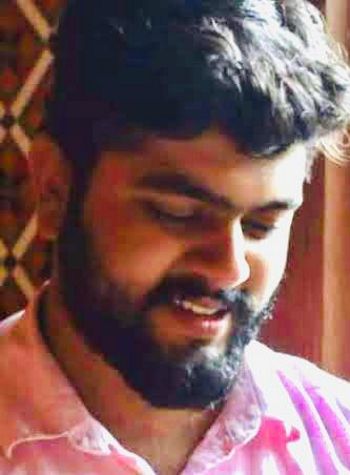 The remaining sessions of the polygraph test on Aaftab Poonawala, accused of brutally killing his live-in partner Shraddha Walkar, got under way at the Forensic Science Laboratory (FSL) in Rohini on Monday, officials said.

Poonawala reached the FSL at 9.50am and the sessions began at around 11am, they said.

"When the last session was held, there was a health issue due to which some sessions were not satisfactory. Our lab and preparation for the narco test is complete," Head of the Department of Crime Scene Management at FSL, Sanjeev Gupta, said.

"Whether Aaftab is cooperating during the test or not, we will tell the investigating agency as this is a confidential matter," he said.

Poonawala has already undergone three sessions of the test, also known as the lie-detector test, the last being held for about three hours on Friday.

Tihar jail PRO Dheeraj Mathur said Poonawala is in Tihar jail number 4. When he came, his health check-up was done and there were no issues, he said.

He has been kept in a separate cell and is under 24-hour CCTV monitoring.

"The jail superintendent has received an order from the court that Poonawala should be presented before the Director of FSL, Rohini, on November 28, 29 and December 5. The third Battalion of Delhi Police will present him before the FSL Director," Mathur said.