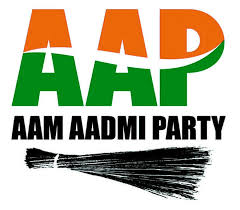 The Aam Aadmi Party (AAP), which is making moves to expand its national footprint, is faced with a stiff challenge to keep the Muslim minorities interested in its politics.

Although the AAP camp expressed optimism with regard to the continual support of the Muslims to halt the BJP's progression, a section of the party workers have started expressing concerns in private over the rising voices of criticism from within the community against its political moves, including in Delhi.

There are reports of murmurs in the Muslim community against the AAP's alleged ‘soft-Hindutva’ politics.

Also, many from the Muslim community question the AAP's alleged instability during the anti-CAA protests and the violence in north-east Delhi.

In the recent anti-encroachment drives by the BJP-ruled municipal corporations of Delhi in Shaheen Bagh, Jahangirpuri and other locations, inhabited by a sizeable Muslim population, it was the Congress workers who were comparatively in the forefront in the protest against the BJP.

The AAP leadership was allegedly not visible in its support to its MLA and Muslim face, Amanatullah Khan, when he was arrested while protesting against the demolitions.

A section of the Muslim community feels the AAP has been comparatively less sincere in countering the BJP raising the ante on the Rohingya issue in Delhi and other states, where it has ventured.

The community felt let down as the party did not intervene during the hijab row and the fresh controversies over mosques and temples.

Many a political cognoscenti is of the view that it is all a matter of perception and the AAP could not afford to be a laggard in a debate over communalism versus secularism.

Delhi Chief Minister Arvind Kejriwal will have to aggressively steer the AAP caravan in the run-up to the 2024 general election and assembly elections in some states.

The support of the Muslim minority to the AAP is crucial in context of the BJP vote-bank remaining stable, especially in Delhi.

A small difference in vote percentage has often been the determining factor in forming governments, except for the last Assembly election in which the AAP got 53.6 per cent, the BJP 38.5 per cent, the Congress 4.26 per cent and other 3.64 per cent in the 70-member Assembly.

Even these figures of difference between the AAP and the BJP are deceptive because the gap in number of votes in several constituencies was very narrow and the contest in some seats was too close to call.

The minorities, including the Sikhs, had voted for the AAP heavily at several places which soared the overall poll percentage in favour of the party.

The Muslims have been voting overwhelmingly for the AAP since its inception as a political party.

According to the 2011 census, Muslims constitute nearly 13 per cent of Delhi's population. Many say the unofficial figure may be much higher.

Delhi is central to the AAP's national politics as it has been using its governance as a bridgehead and staging ground to possibly cinch its chances in other states. The successful experiment in Punjab was just one case in point.