Abul Kalam Azad did not believed in ‘Bhartiyata’: UP minister Anand Swarup Shukla 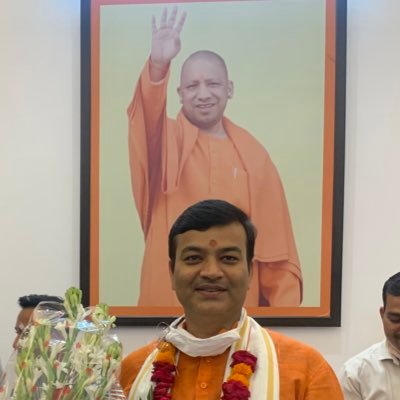 In a controversial remark, Uttar Pradesh minister Anand Swarup Shukla has claimed that the country’s first education minister Abul Kalam Azad did not believed in “Bharat and Bhartiyata”.

“I have no hesitation to say that in first education minister Abul Kalam Azad’s heart there was no ‘Bharat aur Bhartiyata” (India and Indianness),” Minister of State for Parliamentary affairs Shukla said while addressing a programme in Jannayak Chandrashekhar University here on Tuesday.

“When Kashmiri Pandits requested Guru Tegh Bahadur to help them from Aurangzeb when he pressed them for accepting Islam and when Guru went there, he was beheaded by Aurangzeb. These facts were removed from history. Only thing which is there was that Akbar was great despite the fact that Ain-i-Akbari and historians of that time never considered him great,” he alleged.

Shukla said those who wanted to make “Bharat Akhand” (India undivided) had “pain in their hearts” that India’s first university Takshila is in Afghanistan.

“Such people are called communal,” he added. PTI

’Congress has made a common man the CM’:  Channi gets emotional in his first media address