Organisational accountability at all levels must: Congress chief Mallikarjun Kharge : The Tribune India

Organisational accountability at all levels must: Congress chief Mallikarjun Kharge 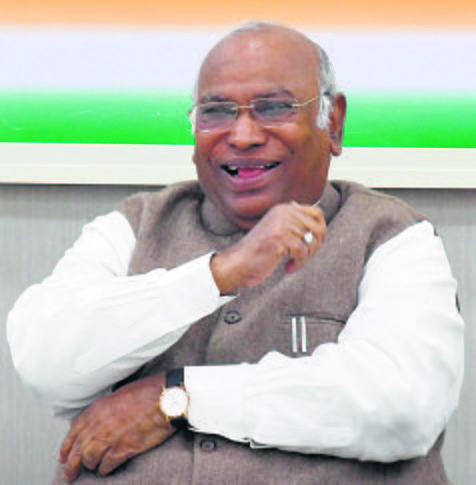 Underscoring the need for putting the house in order first, Congress president Mallikarjun Kharge on Sunday asked for organisational accountability at all levels and gave a stern warning to those “not ready to fulfil their responsibilities”.

“I believe that the biggest part of our responsibility towards the party and the country is organisational accountability from top to bottom. If the Congress organisation is strong, accountable, lives up to the expectations of the people, then only we will be able to win elections and serve the people of the country,” Kharge today said.

Addressing the first meeting of the Congress steering committee constituted by him, Kharge asked those overseeing state units to produce a plan within the next three months identifying issues of public interest that could form the basis for launching popular agitations in states assigned to them.

Stating that some people were taking their positions for granted, Kharge said, “This is neither right nor acceptable. Those who are unable to fulfil their responsibility will have to make way for their colleagues.”

It was also decided to launch a unity themed party programme “Haath Se Haath Jodo Abhiyan” across the country as a follow-up to the Rahul Gandhi-led Bharat Jodo Yatra (BJY) which would come to a close on January 26 after the participants reach Srinagar. While the steering committee profusely lauded Rahul for the programme, Kharge said BJY was scripting history.

A statement issued by the steering committee after the meeting strongly attacked the Prime Minister.