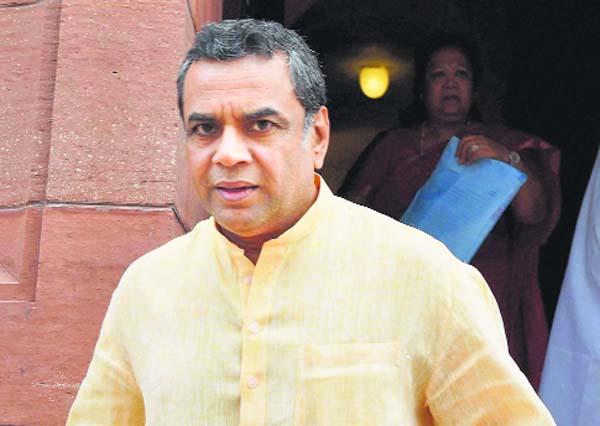 The Kolkata Police has booked actor Paresh Rawal under different sections of the IPC on a complaint filed by CPI(M) state secretary Md Salim, who alleged that he delivered “hate speech” against the Bengali community during an election rally of the BJP in Gujarat.

A case has been registered against Rawal under IPC sections 153 (provocation with intent to cause riot), 153A (promoting enmity between different groups), 153B (propagates denial of rights to linguistic or racial groups), 504 (Intentional insult with intent to provoke breach of the peace) and 505 (statements intending public mischief), police said in a communication to Salim.

Salim in his complaint to the Taltala police station on Thursday said he came across a video on various social media platforms featuring the actor giving a speech that could promote feelings of hatred against Bengalis.

Sharing a copy of the communication by the Taltala police station officer-in-charge, Salim said he is "eagerly awaiting" the follow-up action by the Mamata Banerjee government.

The police officer said in the communication that an investigation into the case was underway.

Seeking the actor's prosecution, Salim claimed that Rawal had made an unsavoury reference to Bengalis linking gas cylinders with Bangladeshis, Rohingyas, Bengalis and fish.

Rawal apologised on Friday following a huge backlash on the social media over his comments.

"Of course, the fish is not the issue as Gujaratis do cook and eat fish. But let me clarify by Bengali I meant illegal Bangladeshi N Rohingya. But still if I have hurt your feelings and sentiments I do apologise," the 67-year-old actor and former BJP MP wrote on Twitter.

Rawal had taken up the issue of gas cylinder prices, an emotive poll issue, at a BJP rally in Valsad district on Tuesday.

"Gas cylinders are expensive, but their price will come down. People will get employment too. But what will happen if Rohingya migrants and Bangladeshis start living around you, like in Delhi? ... What will you do with gas cylinders? Cook fish for the Bengalis?" Rawal had said.

The first phase of the Gujarat assembly elections was held on Thursday and the second phase will take place on December 5.