Normally, the dates are finalised and announced in October 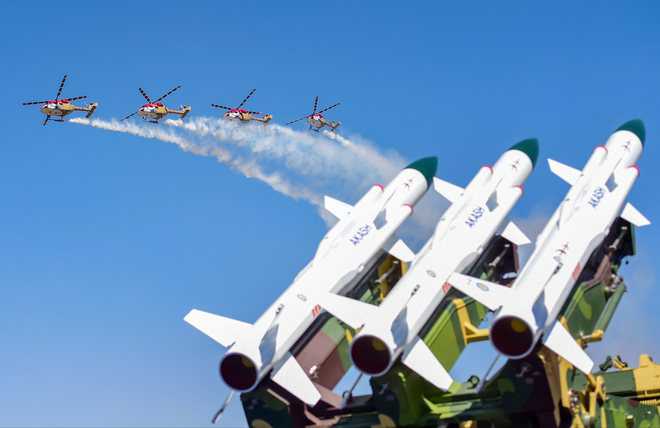 Literally ‘breaking the shackles’ of uncertainty due to the ongoing Covid-19 scare, the Ministry of Defence (MoD) on Wednesday announced the dates for the Aero-India 2021. The announcement comes at least five months in advance.

The five-day aero-show (February 4 to February 7, 2021) will be conducted at the southern metropolis of Bangalore. The city has hosted 12 editions of the show, the one in 2021 will be the 13th edition of the biennial show.

Normally, the dates for the event are finalised and announced in October, allowing international visitors to plan their itinerary besides booking of hotels and airline tickets.

The announcement indicates the resolve of the MoD. Defence Minister Rajnath Singh on Tuesday had reviewed the functioning of the Ministtry and said “Defence Public sector undertaking and private defence industry could play a major role in the economic revival”.

In the last Aero-India (2019) more than 440 companies participated, of which 240-odd were Indian. For the first time, 45 French firms had comprised the largest foreign representation, many of them hoping to forge industrial partnerships.

India is a big market for weapons and planes. This financial year New Delhi has set aside Rs 1,13,626 crore (approximately $15 billion) for capital allocation used for purchase of new weapons, aircraft, warships and other military hardware like guns and new UAVs.

In the past five fiscals, India has been spending anything up to $11 to $13 billion annually on capital acquisitions – defined by the amount of money and are met through what is ‘capital head’ of the budget.

Just two days ago India emerged as the third largest Military spender after US and China. The Swedish think-tank Stockholm International Peace Research Institute (SIPRI) in report titled ‘Trends in world military expenditure, 2019’, said: “India spent $71.1 billion on defence in 2019 which was 2.4 per cent of its gross domestic product (GDP).”