Afghan Sikhs, Hindus to be allowed to travel: Taliban 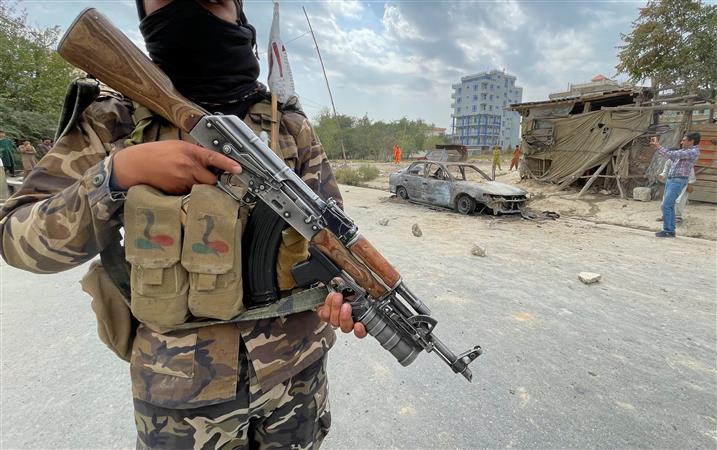 A member of Taliban forces stands guard as Afghan men take pictures of a vehicle from which rockets were fired, in Kabul, on August 30, 2021. Reuters

The Taliban has said Afghan Hindus and Sikhs are allowed to travel outside the country but a prominent Sikh leader in Kabul said the authorities should fulfil their commitment by allowing them to attend religious ceremonies in India connected with the 400th anniversary of Guru Tegh Bahadur’s Prakash Parv.

Gurnam Singh, chairman of the Kabul-based Parwan Committee, told local media that about 150 Hindus and Sikhs were to leave for India but they were not allowed to fly.

“A few days ago, due to our transfer to India, a plane came and we waited for 14 hours but we were not allowed to enter the airport,” he said while pointing out that they can still attend some of the functions if allowed to travel as there are seven days left.

But so far the authorities have neither said yes nor reject their request.

Asked why so many are travelling this time, Singh said this is because of the landmark 400th birth anniversary.

Taliban spokespersonZabihullah Mujahid told Afghan media that there were no obstacles to their trip to India. “There is no obstacle to the travel of Hindus and Sikhs, and they can go to Kabul airport and travel to India to travel and attend religious ceremonies,’’ he added.

Referring to the security of the Hindus and Sikhs, he said that the Taliban had no problem with them as also with other minorities.