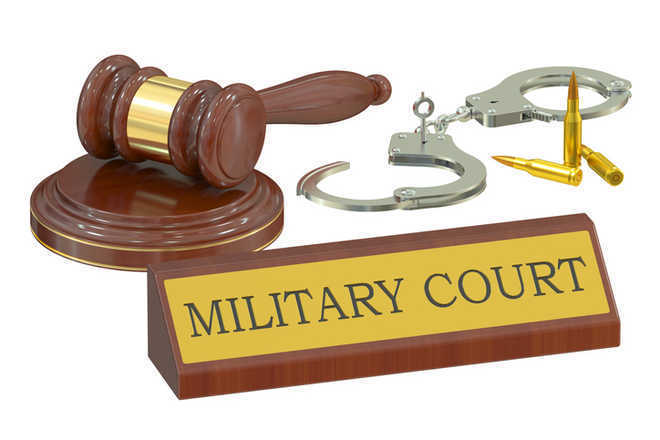 The Armed Forces Tribunal has set aside the army’s orders for the re-assembly of a summary general court martial (SGCM) of a Colonel and a Lieutenant Colonel who were facing charges of alleged financial misappropriation.

A joint trial was convened at Akhnoor in 2020 to try the officers, where they had raised a special plea to jurisdiction on the grounds of procedural irregularities, averring that they had been denied adequate opportunity not defend themselves.

The SGCM had accepted their plea of jurisdiction after observing that the mandatory Army Rule 22, which allows an accused person to examine defence witnesses, was not complied with during initial proceedings and referred its decision to the convening authority for confirmation.

The convening authority, in this case the General Officer Commanding, 10 Infantry Division, did not agree with the findings of the SGCM directed that the court martial re-assemble on July 1, 2021 for re-examining its decision on the special plea of jurisdiction raised by both the officers.

Thereafter the officers moved the AFT challenging the re-assembly order. “The Tribunal’s Principal Bench, in its order today, has set aside the order after observing that mandatory pre-trial proceedings were not complied with by the Army,” Col Indra Sen Singh (retd), counsel for one of the officers said. “The Bench held that the officers did not get adequate opportunity to defend themselves and in the given circumstances, they now cannot be tried further by this SGCM,” he added.

One of the accused officers, a Colonel, was the commanding officer of an Electronics and Mechanical Engineers’ (EME) battalion in the northern sector, while the other, a Lieutenant Colonel, was commanding one of the battalion’s field workshop.

The alleged irregularities came to light during the handing over -- taking over process on change of command. The matter was reported to higher authorities, following which a court of inquiry (COI) was ordered in 2017 to investigate the lapses. Both officers were posted out within a few days of each other, sources said. They were later attached back, along with the unit’s Subedar Major, for disciplinary action.

An EME battalion receives technical grants for maintenance and repair of vehicles and equipment, including IT hardware and paraphernalia. During the COI, it was brought out that bookings for equipment and work amounting to about Rs 40 lakh had been made by the Colonel against this grant while similar books amounting to Rs 17 lakh had been made by the Lieutenant Colonel. The equipment was not received in the battalion.

In addition, the Lieutenant Colonel had also been charged with siphoning Rs 1.86 lakh from the condiment allowance meant for troops, while the Colonel has been charged for failure of command and control for inability on his part to detect and prevent this.

Further, the officers were also involved in surreptitiously felling about 200 trees in unit area and selling them. They were charged under Sections 52(b) and Sector 63 of the Army Act for intent to defraud and acts prejudicial to good order and military discipline.