Taking up the petition filed by the colonel, the Tribunal has directed that the court of inquiry proceedings be held in abeyance till further orders 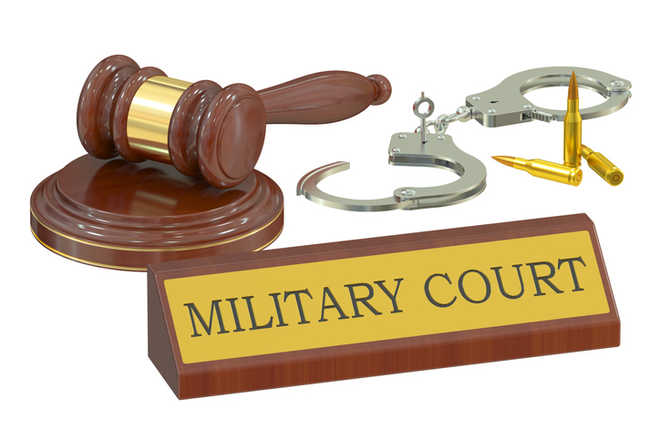 The Armed Forces Tribunal will look into the role of a major general in ordering a court of inquiry into allegations of irregularities by a colonel and a lieutenant colonel in award of construction contracts at a time when he was himself responsible for finalisation of the contracts.

Taking up the petition filed by the colonel through his counsel Col Indra Sen Singh (retd), the Tribunal has directed that the court of inquiry proceedings be held in abeyance till further orders as the bench wanted to satisfy itself with regard to the role of the major general in the entire matter. He was then serving as a brigadier with 11 Corps. The Army has maintained that all related proceedings have been initiated on the directions of the Corps Commander.

The petitioner was commanding an engineer regiment at Ambala when several construction jobs were allotted to his unit as emergency works for providing comprehensive security cover due to the enhanced security threat to various garrisons in 2018.

The allegation against him was that overpayments were made to the vendors and contractors who had supplied the required materials for carrying out the security-related construction works.

He has averred that the role of his unit, which had just moved to the location, was limited to the execution of the construction works after receiving the necessary materials which were required to be sanctioned and procured through a duly laid down process for which the approving authority was the brigadier. Neither he nor any officer in the unit was responsible in any manner for selecting the vendors and procuring the material.

While the petitioner has not disputed that overpayment was made and thereafter the excess amount was deposited in government account by the vendors as soon as the irregularity was detected, he has contended that the brigadier had compelled his unit to complete the work without waiting for the report of the Emergency Empowered Committee (EEC) which was convened by 11 Corps itself.

He has pointed out that the court of inquiry’s convening order was issued through the General Staff Branch, under the signature of the same brigadier (now major general) who himself was involved in the planning and execution of the works, whereas under the relevant Army regulations it should have come from the Adjutant General’s Branch.

He has further stated in the petition that the original Request for Proposal (RFP) was prepared and uploaded with due approval of the brigadier after 11 Corps repeatedly instructed him to submit the same for approval without waiting for the EEC report. Had the correct procedure and sequence of action as provided for been followed there would not have been any need to prepare an amended RFP, which could not be uploaded, and thereby would not have caused confusion, it was said.