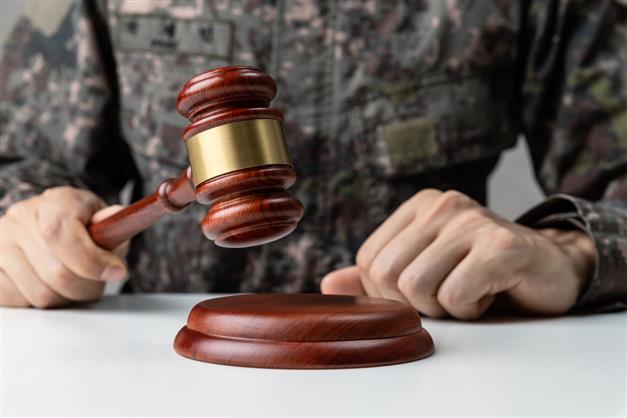 Upholding the trial and conviction by court martial of two Army officers, including a woman, for maintaining an illicit relationship, Armed Forces Tribunal (AFT) has held that an officer is expected to maintain a certain level of character and behaviour at all times and any act detrimental to this behavior may not only tarnish the reputation of the force, but may put the security in jeopardy.

The two officers of the rank of Major were tried by separate Summary General Court Martial (SGCM) in the Northern Command in 2019. While the male officer was cashiered from service and awarded three months rigorous imprisonment, the woman officer was dismissed from service.

During the trial, they had averred that false complaints had been made against them by the wife of the male officer due to a marital discord, major infirmities in proceedings and non-adherence to certain statutory provisions.

In separate orders today, the Tribunal’s bench comprising Justice Rajendra Menon and Lt Gen PM Hariz said that the findings recorded by the SGCM were on due appreciation of the evidence and discussed in detail. “We see no error in the findings recorded by the SGCM. The analysis of evidence has been done properly and a reasonable finding has been recorded which does not suffer from any infirmity or illegality, in any manner, whatsoever,” the bench ruled.

Though the officers had contended that their relationship was a personal matter and cannot form an act of misconduct under Section 45, the Bench did not accept this argument.

“We are dealing with officers in uniform, that also commissioned officers in the rank of Major in a disciplined force like Army where every act of an officer even in private or public places is subject to restrictions, looking to the nature of duty, national security and various other important facets and requirement of the Force. That is why, the section has been couched in a manner to bring within its ambit every behavior of a person which is unbecoming of the officer’s position and character,” the bench said.

The woman officer had also contended that in view of the private nature of evidence, at least 50 percent of the SGCM members should have been women in accordance with the Vishakha guidelines and the Sexual Harassment of Women at Workplace (Prevention, Prohibition and Redressal) Act, 2013. The SGCM, in this case, comprised one women officer.

The bench observed that the Vishakha guidelines were for protection of women against harassment at workplace and in this case, the officer was neither a victim of any harassment nor was she the complainant and therefore the guidelines were not applicable in her case.

On the issue that adultery is not a crime and hence no trial can be conducted, the bench observed that the trial was not with regard to adultery but a case where the act of the officers was classified as an act prejudicial to the good behavior and military discipline and conduct unbecoming of a military officer.