After CLU grant, Adani Group setting up silos for FCI in Panipat 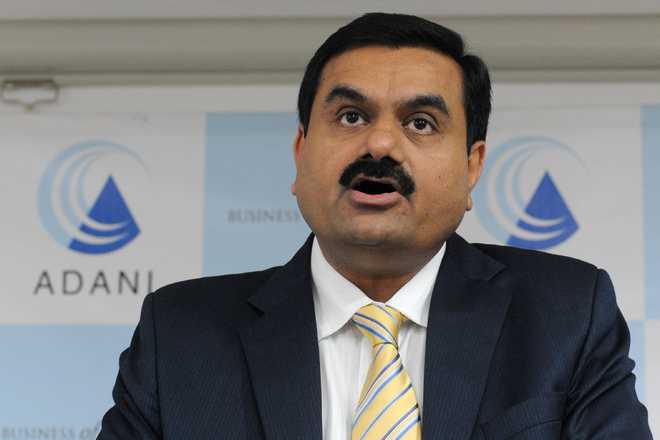 After securing permission for change of land use (CLU) from the BJP-led Haryana government, the Adani Group is constructing high-tech silos for storage of foodgrain procured by the Food Corporation of India (FCI) in Panipat’s Jondhan Kalan and Naultha villages.

“Construction began in our village a couple of months back. The group had approached me for purchasing another two acres of panchayat land which falls in the vicinity of the land that they have already purchased from the farmers. However, I refused to commit since I am not authorised to sell panchayat land. I told them to meet the higher-ups in the state government,” said Balraj Singh, sarpanch of Naultha.

The land purchased by the group lies next to a railway track and is 2 km from the national highway. “The land purchased by the group was not cultivable. It does not have any supply for irrigation and the water in the area is brackish, making it unsuitable for cultivation. The group started purchasing land nearly three years back and paid Rs 30 lakh per acre to farmers to begin with. Gradually, it kept revising the rates and the price went up to Rs 2 crore per acre, leaving landowners who sold their land initially a little sore,” the sarpanch added.

In Jondhan Kalan, the group began construction a month ago, confirmed sarpanch Vijender Singh. The CLU was granted by the office of the Director of Town and Country Planning, Haryana, in May this year.

The company paid Rs 27,00,469 on account of conversion charges and the CLU terms specify that it shall give at least 75 per cent employment to the domicile of Haryana where the posts are not technical in nature. A quarterly statement also has to be furnished, indicating the categorywise employment.

Meanwhile, the Adani Group has clarified it neither buys food grains from farmers nor decides the pricing of food grains, adding that it only develops and operates grain silos for the FCI. “The company has no role in deciding the volume of storage as well as the pricing of grain as it is only a service/ infrastructure provider for the FCI,” it said in a statement posted on its Twitter handle.

The FCI has partnered with private investors to commission high-tech silos equipped with latest fumigation and preservation techniques for food grains for two to four years and dispatch it in bulk through special trains across India.

Adani Agri Logistics emerged as the lowest bidder in the competitive bids invited by the FCI in mid-2000 to commission silo facilities. Currently, it operates grain silos in Moga (Punjab) and Kaithal (Haryana) to store grains in North India, another statement said.