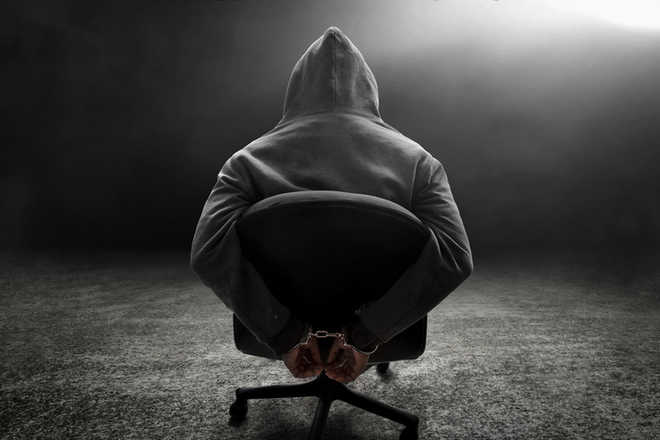 The Kanpur police have now claimed that Sanjeet Yadav, who was kidnapped on June 22, was murdered on June 26-27 by his friends and his body was thrown into the Pandu river.

SSP Dinesh Kumar Prabhu said that the information about the murder of Sanjeet Yadav, a lab technician, was received from five persons who had been detained by the police.

Among those detained are two of Sanjeet's friends. The motive behind the kidnapping and murder is still not known. The body of the victim has also not been recovered as yet.

The Uttar Pradesh government on Friday suspended four police personnel, including an Additional SP and a Circle Officer, for laxity in the probe into the kidnapping and murder of a lab technician in Kanpur.

The government also said Additional Director General (ADG-Police Headquarters) B P Jogdand will probe whether ransom was paid by the family of the lab technician or not.

"The state government after going through the matter has suspended ASP- South Aparna Gupta and then Circle Officer Manoj Kumar Gupta for their alleged laxity in probing the Kanpur kidnapping case," according to an official statement.

Former SHO Barra Ranjit Rai and in-charge of the outpost Rajesh Kumar have also been suspended by the Senior Superintendent of Police, Kanpur, it said.

The Kanpur police had landed in a major controversy after it asked the family of a kidnapped man to pay the ransom money to the kidnappers.

The family arranged for the money, Rs 30 lakh, and went to the designated spot on the Gujaini railway track on July 13. The police were apparently waiting in the wings to swoop down on the kidnapper.

However, the entire plan went awry when the kidnapper fled with the money and there was no sign of the victim.

According to reports, Sandeep, son of Chaman Singh who worked at a local pathology lab, was kidnapped on June 22.

The kidnappers called up the family and demanded Rs 30 lakh as ransom. Subsequently, Chaman Singh lodged a complaint and a FIR was registered at the Barra police station.

On the advice of the police, Chaman Singh managed to arrange the ransom amount and, as asked by the police, he handed it over to the kidnapper.

"However, the police said that they are clueless about the whereabouts of the kidnappers as well as my son," Singh told reporters.

A video of his daughter crying for help from the media and the police has also gone viral on the social media. The family blamed the local police for botching up the investigations.

The SSP said on Friday that separate teams have been formed and further investigations were on to trace the body of the victim. He also assured to investigate the role of the cops and said that if found guilty, they will face strict action. IANS/PTI