After general-duty constables, ITBP to have women cooks, gardeners, cobblers and helpers : The Tribune India

After general-duty constables, ITBP to have women cooks, gardeners, cobblers and helpers 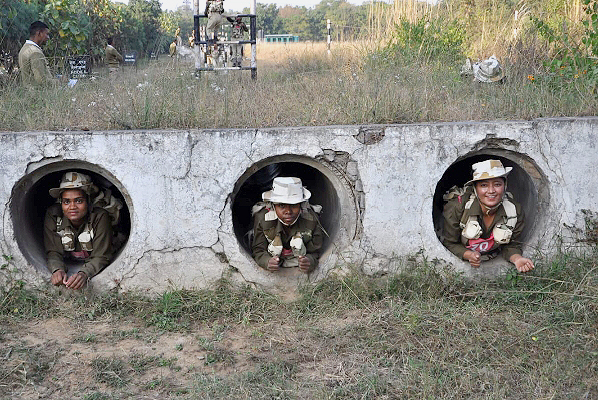 Over a decade after women were inducted as general-duty constables into the ranks of the Indo-Tibetan Border Police (ITBP), the force has opened their entry into several other trades and cadres that at present were filled only by male constables.

For the first time, women constables have been recruited as cooks, gardeners, tailors, water carriers, cleaners, and even a cobbler. The total strength of women recruits in the non-general duty batch is 76.

“Earlier we had some women constables in the education and telecom cadre, but this is for the first time that most of the other trades have been opened up for them,” Ishwar Singh Duhan, Inspector General commanding the force’s Basic Training Center (BTC) at Bhanu near Chandigarh, said.

According to ITBP officers, with the strength of women constables in the force increasing, it was desirable to have women in other trades to cater to their administrative requirements besides affording employment opportunities to women with vocational skills. The force will also be recruiting women hairdressers.

Among the 76 new women recruits, whose training formally commenced at BTC today as part of the 168th Non GD Batch, there are 24 cooks and 29 water carriers (kitchen assistant). The rest include seven cleaners (safai karamchari), five gardeners, four tailors, three washer women and one cobbler.

The combined strength of the batch, including males, is 600 recruits drawn from 16 states. They will be imparted 24 weeks of rigorous training in drill, physical fitness, weapons, map reading, fieldcraft and associated service subjects.

In another first, the ITBP had inducted two women officers in the combatised cadre, meant for undertaking operational duties in battalions and field formations, in August last year. Prior to this, women officers in the ITBP were serving in the medical branch or were on deputation from the Indian Police Service at higher echelons.

The ITBP, functioning under the control of the Ministry of Home Affairs, is responsible for the peacetime management of the high altitude border with China along the Himalayas, as well as undertaking internal security duties and anti-naxal operations and disaster management when called upon to do so.