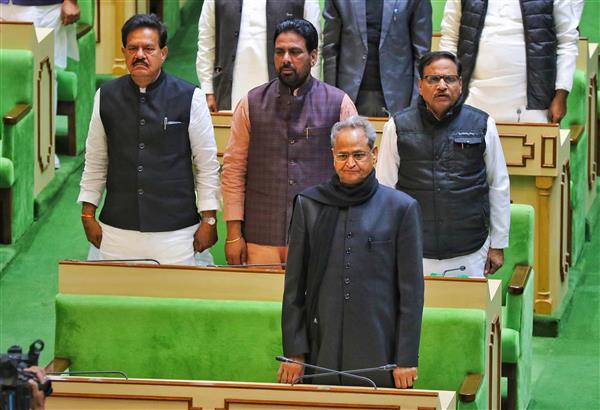 The development makes Rajasthan the third state to official pass a resolution against the CAA. Kerala and Punjab, both states ruled by non-BJP governments, have already passed similar resolutions.

The assembly also demanded that the central government reverse its decision to implement that National Population Register—an exercise that has been criticised as being a precursor to the National Register of Citizens.

Parliamentary Affairs Minister Shanti Dhariwal said the Act, which has sparked protests across the nation, was unconstitutional given that it granted citizenship on the basis of religion.

The resolution was passed as the BJP-led opposition chanted pro-CAA slogans.

The assembly also ratified the 126th Constitution Amendment that gave a 10-year extension to SC and ST reservation in Parliament.

The contentious citizenship law offers Indian Citizenship to persecuted Hindus, Sikhs, Christians, Parsis and Buddhists, but excludes Muslims—a decision that BJP’s critics have objected to. The critics argue that CAA, taken in conjunction with the contentious NRC exercise that the central government had previously and repeatedly endorsed could be used to target the country’s Muslim population.

After facing backlash, the central government has claimed that the CAA had nothing to with the NRC exercise, but critics use statements by made ministers, in particular, Home Minister Amit Shah, to claim that the two cannot be seen separately.