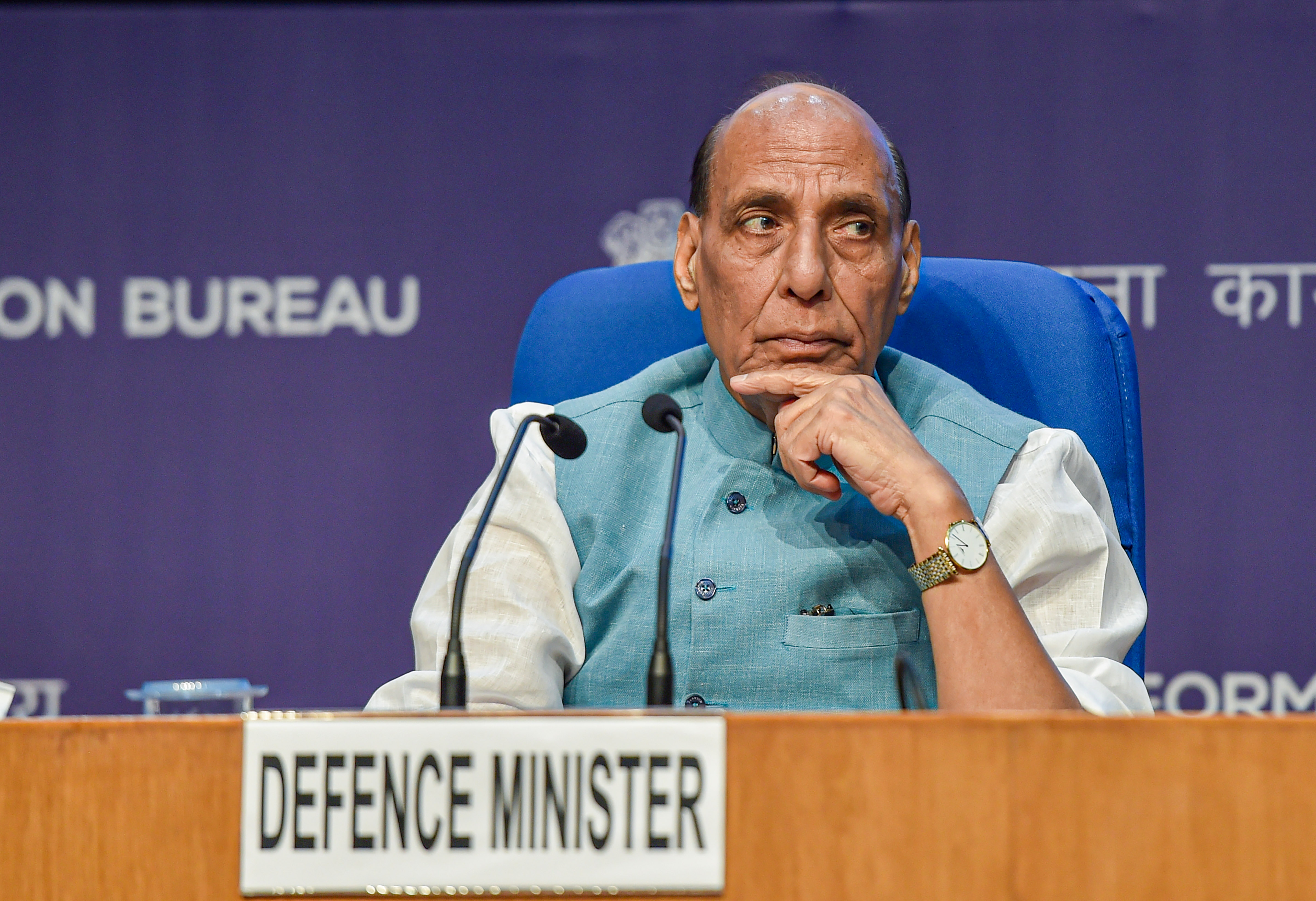 Defence Minister Rajnath Singh on Saturday held a meeting with the top brass of the Army, Navy and the Air Force on the overall situation arising out of the rollout of the ‘Agnipath’ military recruitment scheme as protests against it intensified in several parts of the country.

It is learnt that the focus of the meeting was to ensure a quick rollout of the ‘Agnipath’ scheme and ways to pacify the agitators.

Army Chief Gen Manoj Pande could not attend the meeting as he is in Hyderabad on an official tour.

The Army, Navy and the Air Force on Friday announced to start the enrolment process under the new model by next week.

Air Chief Marshal VR Chaudhari told PTI that the selection process by the Indian Air Force for recruitment under the new scheme will start from June 24 while the Army said it will begin the initial exercise within two days.

While the Indian Navy said it would start the recruitment process “very soon”, a senior naval commander said the notification for the recruitment would be out within a week.

The three services are planning to deploy the first batches of recruits under the new scheme both in operational and non-operational roles by June next year, senior military officials said.

In an attempt to pacify the protesters, the government on Thursday night increased the upper age limit for recruitment under the ‘Agnipath’ scheme to 23 years from 21 for the year 2022.

Unveiling the scheme on Tuesday, the government said youths between the ages of 17 and-a-half and 21 years would be inducted for a four-year tenure while 25 per cent of them will be subsequently inducted for regular service.

The youths to be recruited under the new scheme would be called ‘Agniveer’. A major objective of the scheme is to bring down the average age of military personnel and cut ballooning salary and pension bills.

The announcement of the new scheme came in the backdrop of recruitments into the military remaining stalled over the coronavirus pandemic for over two years.

The Army recruits 50,000 to 60,000 soldiers annually. However, the recruitment could not take place for the last two years due to the COVID-19 pandemic.