Ahead of poll, PM’s bonanza for Bihar 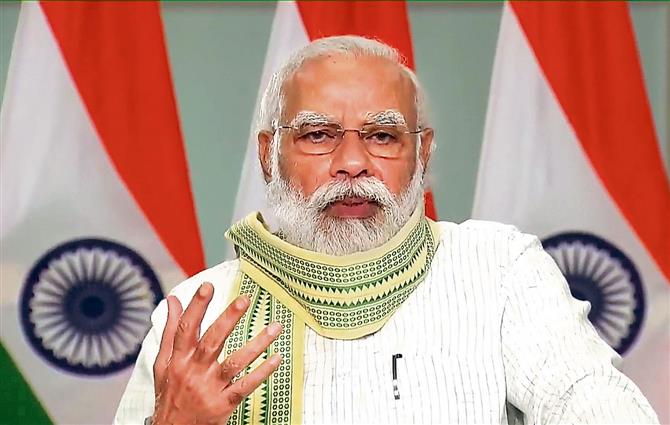 Ahead of the Bihar elections, Prime Minister Narendra Modi today launched the Rs20,050-crore PM Matsya Sampada Yojana, e-Gopala app and several other initiatives in the fisheries and animal husbandry sectors in Bihar.

Workers, who returned to their native villages due to the Covid pandemic, are taking to animal husbandry and availing benefits of the schemes launched by the Central and state governments, the Prime Minister said.

The schemes aim at empowering villagers and making India self-reliant (Aatmanirbhar Bharat) in the 21st Century. The Matsya Sampada Yojana will help develop the fisheries sector. Launched in 21 states of the country with an investment of Rs 20,050 crore, which will be spent in the next four to five years, projects worth Rs 1,700 crore were intitiated today.

Facilities were also inaugurated in Patna, Purnia, Sitamarhi, Madhepura, Kishanganj and Samastipur under the scheme.

The Prime Minister said the scheme provided for new infrastructure, modern equipment and access to new markets to fish producers along with increased opportunities through farming as well as other means.

He lauded the work done by the government of Bihar in providing safe drinking water supply to every household, adding that more than 70 per cent households in Bihar were connected with the supply of potable water.

Patna: In a setback to Bihar’s main opposition RJD ahead of the state Assembly elections, its national vice-president and former Union Minister Raghuvansh Prasad Singh resigned from the party on Thursday, sources close to him said, but party supremo Lalu Prasad rejected it, insisting he was not going “anywhere”. PTI