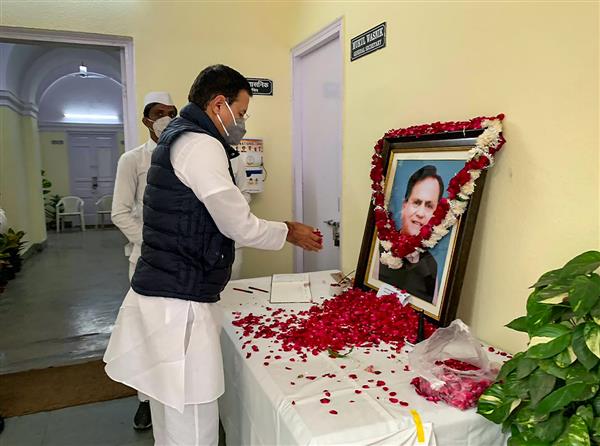 Senior Congress leader Ahmed Patel, who died at a hospital in Gurugram on Wednesday, will be laid to rest at his native village Piraman in Gujarat's Bharuch district, an aide of the leader said.

After getting the news of Patel's demise, some residents of Piraman village, located in Ankleshwar taluka, recalled his contributions towards the development of the place, and some said he was like a "father figure" to them.

Patel had wished to be buried beside his parents near his ancestral house in Piraman village of Bharuch, local Congress leader and Patel's close aide Nazubhai Fadwala said.

Patel, 71, who served as the Congress's backroom strategist for years, died due to multi-organ failure in the early hours of Wednesday. He was suffering from complications related to COVID-19.

The mortal remains of Patel will be brought to the village by evening, and the burial is likely to place on Thursday, Fadwala said, adding that the funeral will be conducted as per the COVID-19 protocols.

"It was Ahmed bhai's last wish to be laid to rest next to his parent's graves in Piraman. He was very much attached to his village and often visited the place. Agrave is being dug at a cemetery where his parents were buried," he said.

"He was very close to his parents, especially his mother, and he would sit at her grave for long every time he visited Piraman," he said.

A ground was also being cleared for a mass funeral prayer to be conducted with proper social distancing, he said.

"He was like my father. The entire village is grief-stricken," he said.

Another villager Ganeshbhai said he was shocked after hearing the news of Ahmed Patel's demise.

"He was very much attached to his village. He contributed significantly for the development of the village.

His death is an irreparable loss to us," he said. —PTI