Properties of her kin confiscated by TN Govt 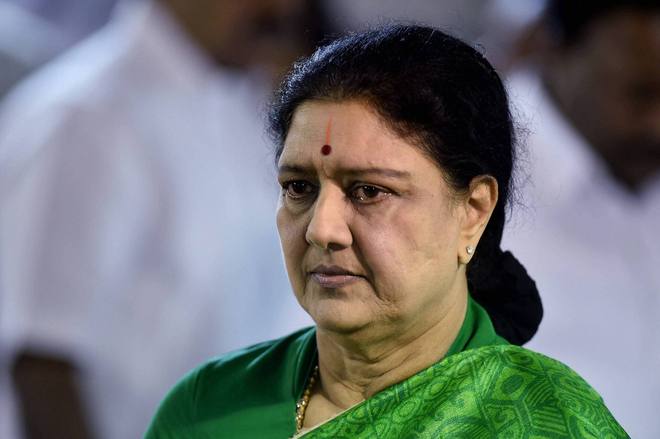 Ahead of expelled leader Sasikala’s return on February 8 to Tamil Nadu from Karnataka, the ruling AIADMK has lodged a complaint with the police against her camp, alleging a “conspiracy” to unleash “violence” and sought action to ensure peace in the state.

While Amma Makkal Munnetra Kazhagam chief and Sasikala’s nephew Dhinakaran rubbished the conspiracy allegation as defamatory and lies, the police department warned of action against “activities contrary to law”. The AIADMK’s allegation on Saturday came ahead of her return to Tamil Nadu from Bengaluru after her recovery from Covid-19 and following completion of her jail term in a corruption case.

The party, in a release, said the top two leaders advised office-bearers to work unitedly with vigil to ensure victory for the AIADMK in the Assembly elections due in April or May by taking the “historic” achievements of the government to the people.

Party spokesperson and former minister Vaigaichelvan said there was no discussion on “Sasikala” factor at all.

To a question, he said if anyone from the AIADMK met her, they would be dismissed from the party.

Law Minister C Ve Shanmugam said a complaint has been submitted with the police, seeking to “thwart a conspiracy to unleash violence and protect the lives of Tamil Nadu people and properties from Sasikala and Dhinakaran and ensure peace”. — PTI