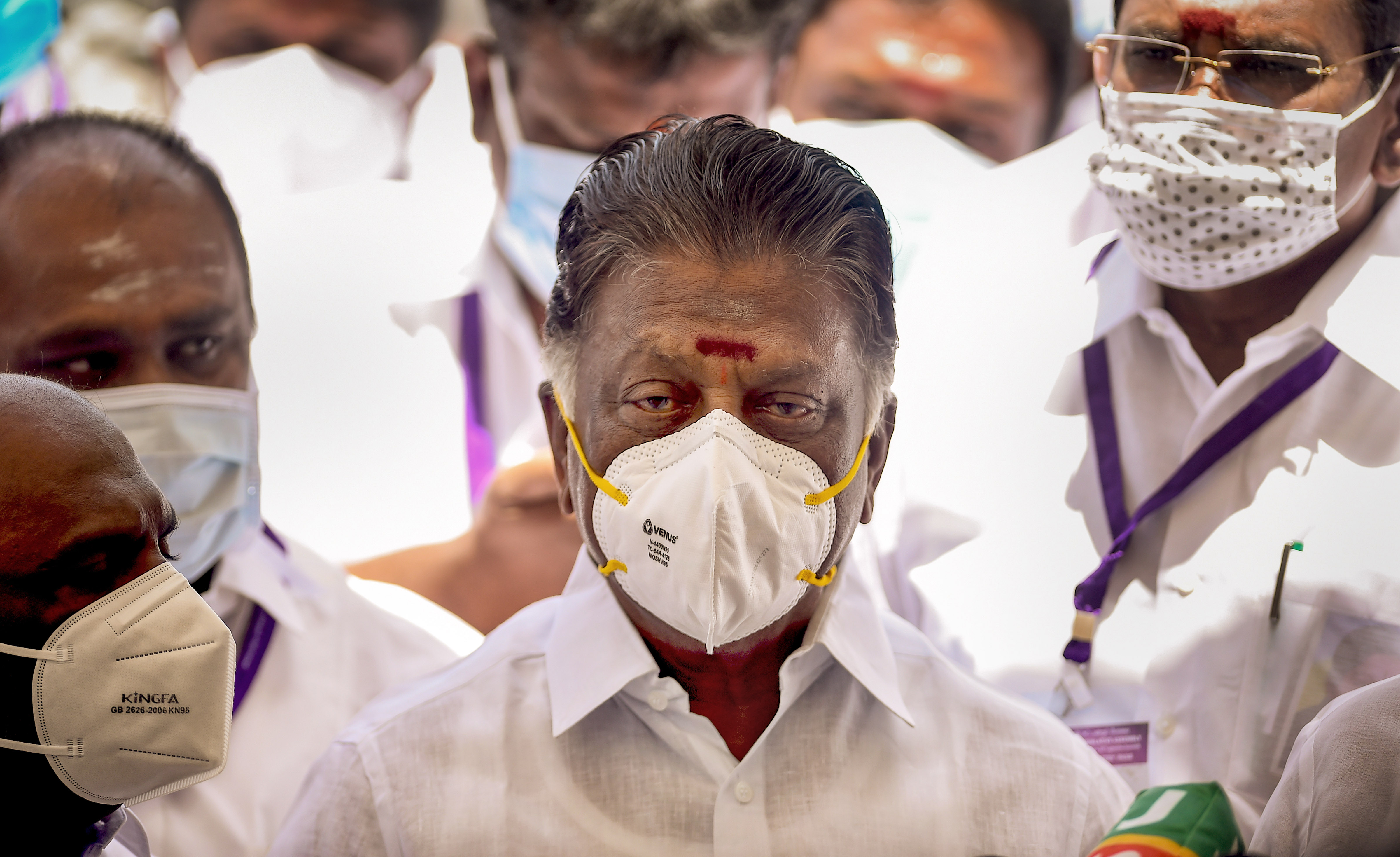 On the one hand the ruling DMK cried foul claiming Hindi imposition by the Centre and on the other hand used Hindi to publicise its party president and Chief Minister M K Stalin in northern states and project him as a national leader, AIADMK top leader O Panneerselvam alleged on Sunday.

Hitting back, DMK leader and Minister for Tamil official language and culture, Thangam Thennarasu mocked at Panneerselvam for trying to publicise himself within his party after the AIADMK’s announcement on party’s organisational polls and defended translation of press notes into several languages, aimed at dissemination of information to people across the nation.

AIADMK top leader O Panneerselvam (OPS) recalled that when Union Home Minister Amit Shah recently said Hindi should be accepted as an alternative to English and not to local languages, Stalin opposed it saying it would wreck the nation’s integrity.

Pointing to a news report in a Tamil daily on issuance of two official press notes also in Hindi by the Tamil Nadu government, OPS accused the DMK regime of ‘double standards’ on the language issue.

A press note issued recently was related to archaeology and another one to an announcement made days ago on celebration of Dr B R Ambedkar’s birth anniversary as Equality Day.

Stalin’s announcements are released in Hindi as well by the state government and the Chief Minister is changing tack when it came to protecting his interests, OPS alleged. Usually, official press releases are issued in Tamil and sometimes in English as well.

Claiming Hindi imposition by the Centre, the DMK pretended to champion the cause of Tamil and at the same time utilised Hindi to publicise Stalin, the AIADMK leader alleged in a statement.

Citing the news report, the AIADMK leader alleged that the ruling DMK used Hindi to publicise its president and Chief Minister Stalin in northern states and project him as a national leader in such regions.

The AIADMK Coordinator condemned the ‘double standards’ of the DMK and its bid to ‘deceive’ the people on the language front.

People have begun asking as to why Hindi was chosen, which reflected the 3-language formula, and not English under the 2-language policy that was enunciated by Dravidian icon C N Annadurai, Panneerselvam demanded to know.

He alleged that rather than nurturing the growth of Tamil, Stalin is involved in promoting himself using Hindi.

Thennarasu, also the Industries Minister who holds the archeology portfolio, in a statement defended the press notes in several languages, including Hindi. This was to take the key archeological findings on the ancient Tamil language and initiatives aimed at social justice (Equality Day) to people across the country, the Minister said.

During the AIADMK regime, Tamil classical literature books were translated into Hindi and released in 2019, Thennarasu recalled.

16 hours ago
8
Punjab On The Sidelines