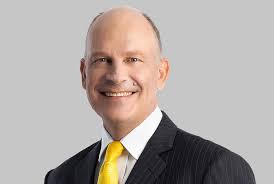 Tata Group-owned Air India CEO Campbell Wilson on Saturday apologised for a flyer urinating on a fellow woman passenger on a flight from New York in November, and said four cabin crew and a pilot had been de-rostered and the airline is reviewing policy of serving alcohol on flights.

Facing backlash for the handling of the incident, Wilson in a statement said the airline could have handled the issue better and promised a robust reporting system of unruly behaviour and a system of reporting such incidents.

"Air India is deeply concerned about the in-flight instances where customers have suffered due to the condemnable acts of their co-passengers on our aircraft. We regret and are pained about these experiences," he said.

"Air India acknowledges that it could have handled these matters better, both in the air and on the ground and is committed to taking action."

With questions being raised about the airline not immediately reporting the unruly passenger to law-enforcement authorities, he advised staff to report all incidents irrespective of a settlement being reached.

"In the instance of the incident on board AI-102 operating between New York and Delhi on November 26, 2022, four cabin crew and one pilot have been issued showcause notices and de-rostered pending investigation," he said, adding internal investigations into whether there were lapses by other staff are ongoing.

The airline is investigating aspects, including serving of alcohol on flight, incident handling, complaint registration on board and grievance handling.

As a responsible airline brand, Air India has commenced a comprehensive education programme to strengthen crews' awareness of and compliance with policies on the handling of incidents and unruly passengers with a view to materially strengthening and improving how such incidents would be addressed in future.

The airline is reviewing "policy on serving of alcohol on flight," he said without elaborating.

Also, it is reviewing the meeting frequency of the DGCA-prescribed 'Internal Committee', tasked with assessing incidents, so that cases are assessed and decisions reached in a timely manner.