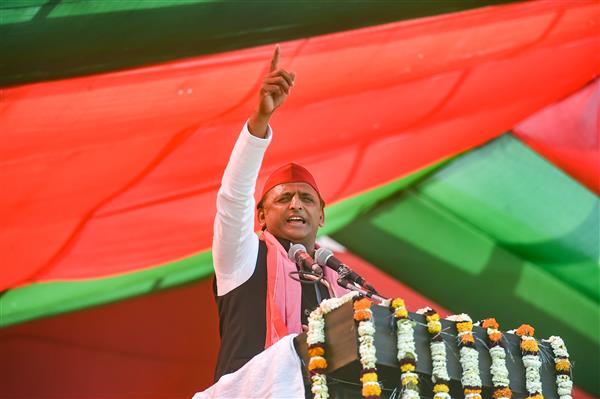 Samajwadi Party (SP) chief Akhilesh Yadav accused the ruling BJP on Tuesday of attempting to “steal” votes and said exit polls are meant to create a perception that the saffron party will emerge victorious in the Uttar Pradesh election.

At a press conference here, he also alleged that government officials in Lucknow are directing their subordinates in the districts to slow down the counting of votes and prolong the process till late night where the chances of the Bharatiya Janata Party (BJP) winning the electoral contest are slim.

Yadav alleged that the instructions are particularly with regard to 47 seats which the BJP had won in the last state Assembly polls with a margin of less than 5,000 votes.

The former Uttar Pradesh chief minister also alleged that the BJP-led state government is “stealing” EVMs and a truck with voting machines was caught in Varanasi.

The seven-phase Uttar Pradesh Assembly polls concluded on Monday. The counting of votes will be taken up on March 10.