All for farmers, will study Bills: Tomar 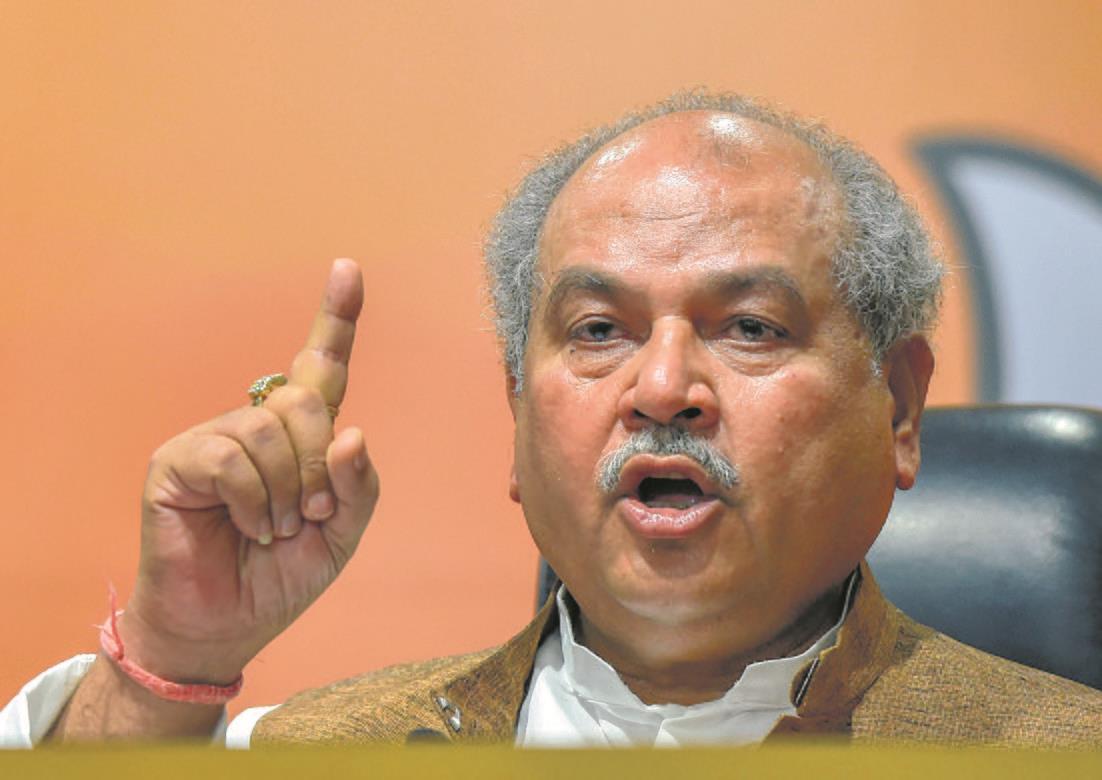 Union Agriculture Minister Narendra Singh Tomar today said the Centre would examine the Bills passed by the Punjab Assembly and take a decision in the “best interest of farmers”.

Tomar said the Modi government had taken several measures for the welfare of the farmers. “To ensure they are able to operate freely and get better price for their produce, Parliament enacted three historic Acts.”

Legal experts feel that the controversy over the farm laws is likely to end up at the Supreme Court. They say there is a need for clarity on the authority that can pass Bills regarding subjects on the concurrent list.

“I am confident that the Acts cannot be compared. We will examine the Bills passed by Punjab and take action keeping in mind the best interest of farmers,” the minister said.

Officials say whenever states pass such laws (on matters on the concurrent list), these are sent to the Home Ministry for scrutiny. “The judicial wing of the MHA then consults the Law Ministry after which these Bills are sent to the President for assent,” an official said.

Senior advocate Gopal Sankaranarayanan said: “If the said Bills are covered under Entry 14 of the State List under the Seventh Schedule of the Constitution, the state is entitled to enact the laws. However, if Punjab is claiming its legislative competence under Entry 33 of the Concurrent List, the Bills will have to be sent to the President.”