All must work together to rid nation of corruption, says PM Modi

Pays tribute to Mahatma Gandhi on his death anniversary 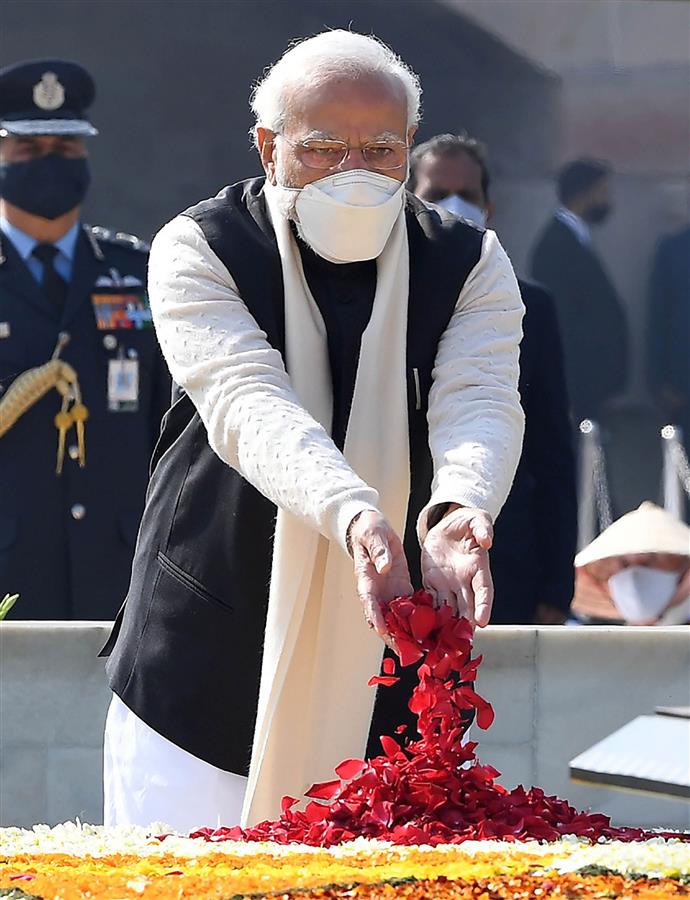 Prime Minister Narendra Modi has said that the country is re-establishing its national symbols through efforts undertaken under the “Azadi Ka Amrit Mahotsav”.

In this context, he referred to the merging of the “Amar Jawan Jyoti” near India Gate and the flame at the nearby National War Memorial.

“We have seen that ‘Amar Jawan Jyoti’ near India Gate and the flame at the nearby National War Memorial have been merged into one. On this emotional moment, many countrymen and the family of martyrs had tears in their eyes,” Modi said in his Mann Ki Baat radio broadcast on Sunday, the first this year.

Paying tribute to Mahatma Gandhi on his death anniversary, the PM referred to the installation of a digital sculpture of Netaji Subhas Chandra Bose at India Gate.

He said his government has been honouring unsung heroes. In this context, he also mentioned Basanti Devi of Uttarakhand, who has been bestowed with Padma Shri for her contribution to environmental protection.

PM Modi said that compassion for every living being was in our culture and innate nature. He said a glimpse of this was seen when the last rites of ‘Collarwali’ tigress from Madhya Pradesh were performed with respect and affection. He also said corruption hollows the country “like a termite” and all have to work together to rid the nation of it as soon as possible.

Modi also said India was fighting the new wave of Covid with “great success” and asserted that the people’s trust on indigenous vaccines was “our strength”. “Till now, about 4.5 crore children have been administered the dose of Covid vaccine. This means that about 60 per cent of youth in the age group of 15 to 18 years have been jabbed within three to four weeks,” he said.

In his radio broadcast, he also said Ladakh would soon have an impressive open synthetic track and Astroturf football stadium, which was being constructed at a height of more than 10,000 ft. “This will be the largest open stadium in Ladakh where 30,000 spectators can sit together. The modern football stadium will also have a synthetic track with eight lanes. Besides, there will be a hostel with 1,000 beds.” He said that the stadium had been certified by FIFA.