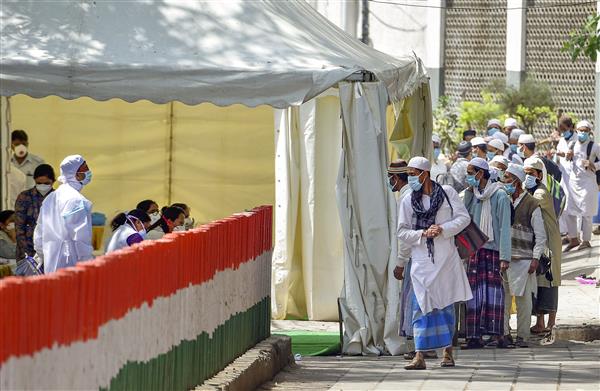 Taking a stern view of the situation, the Allahabad High Court on Monday ordered the Chief Minister Yogi Adityanath led-Uttar Pradesh Government to immediately release members of the Tablighi Jamaat and others who have completed their period of quarantine.

The petition had requested the high court to issue directions to the UP Government as allegedly a grave violation of fundamental rights of a group of individuals was taking place at the hands of the state government due to the laxity in issuing any order or direction in the matter.

In its order, the high court considered it a violation of Article 21 of the Indian Constitution that provides that no person shall be deprived of his life or personal liberty except according to procedure established by law. The court said that in such a situation it had every right to intervene.

It directed the state government to immediately release those Tablighi Jamaat members who had completed their period of quarantine and had tested negative.

The court also ordered the setting up of a three-member committee to monitor the cases of quarantined persons in the districts.

The committee is expected to ensure the release and arrangement for return of persons from quarantine centres to their homes after the completion of their terms.

The committee will also hear and redress the grievances of those living in the state-run quarantine centres.

Issuing the orders to the state chief secretary, the court has asked him to issue a circular in this regard.

According to the UP Government’s affidavit presented in the court by the state Additional Advocate General Manish Goyal there were 3,001 Indian and 325 foreign Tablighi Jamaat members in the state quarantine centres.

Of these 21 Indians and 279 foreigners had been arrested and sent to jail under various charges. The state government claims that 2,979 Indians and 46 foreign nationals were released from the quarantine centres after they completed their quarantine and now none were in such centres.

However, the figure given in court by the AAG is different from that shared with the media by the additional chief secretary and principal secretary home Avanish Awasthi on May 31.

Awasthi said that 2,931 persons from Uttar Pradesh had participated in the Nizamuddin congregation by the Tablighi Jamaat of whom 2,690 persons have been quarantined. Another 241 have since gone to other districts and states.

He had admitted that 326 foreigners who were present in the different districts of the state had been medically examined and were under quarantine.

Meanwhile, a video tape has gone viral on the social media in which the principal of Kanpur’s Ganesh Shankar Vidhyarthi Medical College Dr Aarti Lalchandani is referring to the Tablighi Jamaat members as “terrorists” while charging CM Yogi of playing the politics of appeasement by providing them government health care.

Later defending herself, principal of the Kanpur Medical College claimed the video had been morphed.