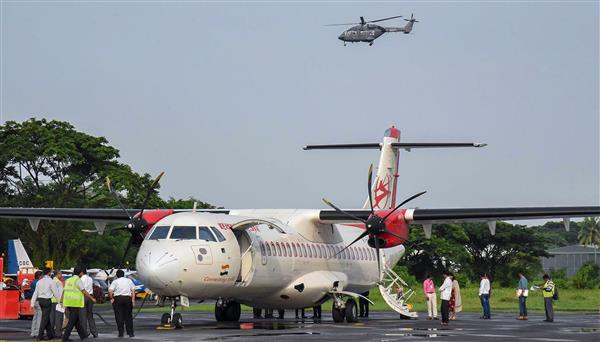 The government on Thursday informed in Parliament that airlines were free to restart and to start air services from any airport in the country depending on their operational and commercial viability.

Akali Dal MP Harsimrat Kaur Badal raised a question as to whether the government proposed to restore flight services from Delhi-Bathinda by Alliance Air which were discontinued after covid. Minister of State for Civil Aviation General (Retd) VK Singh in response said that after the repeal of the Air Corporation Act and deregulation of the Indian domestic aviation market, airlines were free to induct capacity with any aircraft type, whatever markets and networks they wish to service and operate with compliance of Route Dispersal Guidelines issued by the government across the country.

The government said Alliance Air was awarded the Delhi-Bathinda-Delhi sector under the regional connectivity scheme UDAN for operation of the UDAN flights. The airline operated on the said flight from December 11, 2017 until March 24, 2020.

"Alliance Air also operated additional commercial flights along with the flights operated under the UDAN scheme on the said route to develop the market and enhance the load on the sector. However, these commercial flights could not meet their cost of operation and Alliance Air did not reinstate Delhi-Bathinda-Delhi flights due to expiry of the exclusivity period of three years under the UDAN scheme and non-viability of flight operations on the said route. It is up to the airlines to provide air services to and from any airport in the country depending on commercial viability," Singh said.