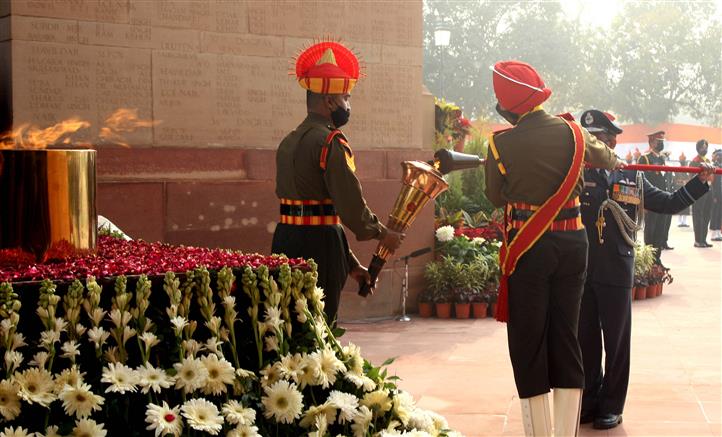 A torch being lit with Amar Jawan Jyoti to be taken to the National War Memorial. Photo by Defence

Amar Jawan Jyoti at India Gate in the national Capital, was moved and merged with the eternal flame at the National War Memorial here on Friday. While the Opposition Congress accused the government of “extinguishing history”, the BJP dismissed the charge as “unnecessary controversy”.

Troops of the Indian Army carried the flame to the War Memorial with military honours. Chief of Integrated Defence Staff Air Marshal BR Krishna presided over the ceremony. The War Memorial, which was opened in 2019, is located right behind India Gate. It has names of 25,942 Indian soldiers who have lost their lives since 1947. The names are inscribed in golden letters on granite tablets.

Amar Jawan Jyoti was constructed as a memorial to those killed in the 1971 India-Pakistan war. It was inaugurated by then PM Indira Gandhi on January 26, 1972. Air Vice Marshal Manmohan Bahadur (retd) tagged PM Modi on Twitter and requested him to rescind the decision. “Sir, the eternal flame at India Gate is part of India’s psyche. You, I and our generation grew up saluting our brave jawans there,” he wrote.

But Lieutenant General Satish Dua (retd) expressed “great satisfaction” over the move. “I had been of this view all along that India Gate is a memorial to the fallen heroes of World War-I… National War Memorial pays homage to the soldiers killed in action after the country’s Independence,” he observed.

British-built India Gate has the names of soldiers who fought for the British during World War I (1914-18) and the Anglo-Afghan wars between 1837 and 1919. 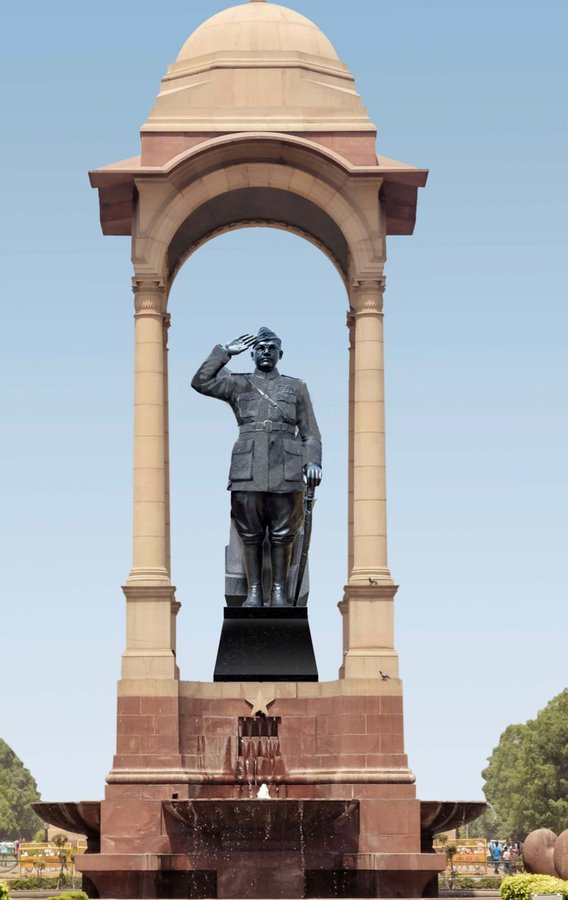 A statue of Netaji Subhas Chandra Bose will come up at India Gate as a symbol of ‘national gratitude’, PM announced on Twitter.