Nothing but a case of accidental firing, says US | Pakistan insists on joint inquiry 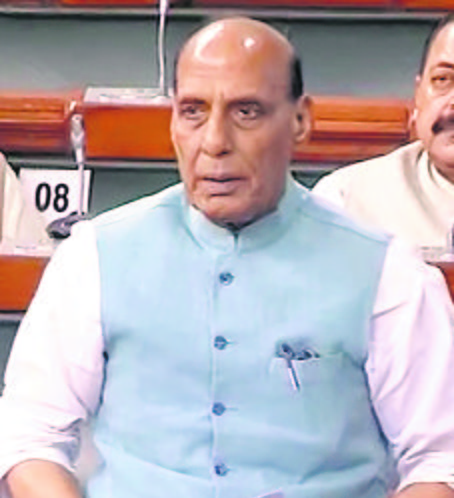 As the government has taken a serious note of the “accidental” firing of a missile that landed in Pakistan, a high-level inquiry team will interact with a clutch of Indian Air Force (IAF) officers posted in and around Ambala and examine missile storage and inspection protocols.

SOPs for weapon systems under review

Incident took place during routine inspection…. It is regretted. We are relieved that nobody was hurt in the incident. — Rajnath Singh, Defence Minister

A BrahMos missile was fired on March 9 around 7 pm from a base near Ambala and landed some 124 km away at Mian Channu in Pakistan’s Punjab province. Pakistan had claimed it tracked the launch of a “supersonic projectile” from Sirsa.

No indication that firing of missile from India into Pakistan anything other than accident: US

The inquiry team will have a representative of the IAF, sources said. IAF officers in the chain of command will be called to find out why the missile was fired and how it landed in Pakistan. Each data, log and procedure followed by the IAF officials on the day is expected to be scrutinised.

Defence Minister Rajnath Singh today told Parliament, “The incident relates to inadvertent release of a missile during inspection. We attach utmost priority to the safety and security of our weapon system and if any error is found, it will be sorted out quickly. Our missile system is highly secured and reliable.”

In Washington, State Department spokesperson Ned Price said, “We have no indication that this incident was anything other than an accident.”

Pakistan’s Foreign Minister Shah Mahmood Qureshi rejected India’s response as “incomplete and insufficient” and once again demanded a joint probe into the incident. The Ministry of Defence has already ordered a review of standard storage procedures, maintenance and inspecting manuals. The protocol for firing and storage of BrahMos missile, classified as a supersonic cruise missile, is such that a series of steps are needed to be completed before it is fired. The missile that did not have any war head travelled at Mach2 (some 3,200 km per hour) towards Pakistan.

Sources said it was assessed that the mishap occurred due to “human and technical errors” during a routine exercise to check how systems would function in case of a war.