During his tenure at Ambala, first Jaguar aircrafts were inducted 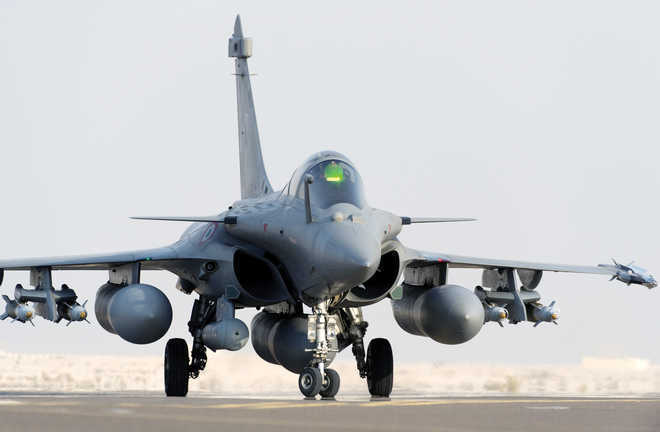 Former Vice-Chief of Air Staff Air Marshal PK Barbora (retd) said the Ambala air station was chosen for in the induction of Rafale jets because of its strategic location.

Air Marshal PK Barbora (retd), who once served at the airbase and witnessed the induction of first Jaguar aircrafts in 1979, said: “Ambala was the first air force base post-Independence the country had. The location is very strategic. It is equidistant from the east and west”.

“In case of raid at Ambala, it has to go through many layers of air defence before reaching the air base. It will give us adequate warning to be able to take all precautionary measures. We can activate all ground and air based defence systems to take care of any threat.”

“We also got first of Jaguar aircrafts at Ambala which is a Deep Penetration Strike Aircraft (DPSA). It implies we have a long range which we can cover, do the job and come back at our base or land at a secondary base. So, it suited the Jaguar aircrafts and two squadrons were formed at Ambala.”

“Over a period of more than 50 years, the infrastructure at Ambala is developed enough to induct any new aircraft without pumping a lot of money. The air defence systems around Ambala are also developed,” he said.

“Rafale gives us longer range than Jaguars. Ambala gives us adequate depth when the range required is more, both towards the north and west. We have adequate area for air to air refueling which is not possible at forward bases,” he said.

At present, Ambala has two squadrons of Jaguar and one of MIG-21 Bison.

“The second base for Rafale is planned at Hashimara (West Bengal). Pakistan is not the real enemy as far air power is concerned, but our eastern neighbour China is. When we didn’t have Rafale, we had moved three squadrons of Sukhoi in the east. With Rafale, we will have adequate number of airborne fighters and fighter bombers to look after the China threat,” he said.

He added that nearby bases of Hashimara had also been beefed up.

The Indian Air Force is inducting Rafale aircrafts into the ‘Golden Arrows’ squadron on July 29.

After MIG-21 aircrafts were phased out, Golden Arrows was ‘number plated’ on December 31, 2011. It was resurrected on September 10, 2019, when Air Chief Marshal BS Dhanoa was Chief of Air Staff.

Dhanoa himself had served in the ‘Golden Arrows’.

It was formed on October 1, 1951, at Ambala under the command of Flight Lieutenant DL Springett. Then it was equipped with Harvard-II B aircraft.  According to information provided by the Indian Air Force, the squadron converted fully to De Havilland Vampire by November, 1955 and by 1957, it was flying Hawker Hunter aircrafts.

As far as operations were concerned, the squadron participated in Goa Liberation Campaign in December, 1961 and in 1965 operations as a reserve force.

Under the command of Wing Commander N Chatrath, it took part in the Indo-Pak war of 1971 and flew close air support, counter air and fighter recce missions, getting numerous gallantry awards.

In November, 1988, the squadron was presented ‘Colours’ by then President of India, R Venkataraman.

Under Dhanoa, when he was Wing Commander, Golden Arrows participated actively in Operation ‘Safed Sagar’ in 1999.