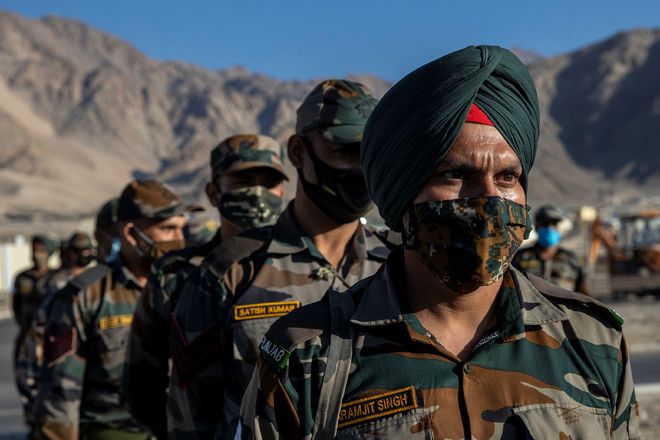 Last Friday when the Ministry of Defence (MoD) okayed the posting of Lt Gen SK Sharma, Commander of the Jalandhar-based 11 Corps, as the next Director General of Military Intelligence (DGMI), the Army finally got a regular DGMI.

Promotions put off too

The post had been vacant for more than six weeks, which was unusual in itself. The DGMI, as the name suggests, coordinates various human sourced and technical inputs on enemy movement and own action along the Line of Control (LoC) with Pakistan and the Line of Actual Control (LAC) with China.

In what is a further indication of the slow decision-making, the crucial posts of Director General of Infantry and Director General of Aviation have been vacant for several months even as Indian armed forces face a belligerent China. The DG of Infantry is tasked to advise the Army Chief on matters of equipment, battle worthiness and training of Infantry, the largest fighting arm of the Army.

The DG studies, formulates and recommends concepts on deployment of Infantry. He is responsible for modernisation and introduction of new weapons, vehicles and equipment. It is the infantry that is largely deployed along the LoC and the LAC.

The DG of Army Aviation is in charge of all flying operations, including new raisings. The Army has a fleet of 350 helicopters, mostly used in the high Himalayas to reach supplies to outposts and for rescue efforts.

Promotions and postings of 39 officers in the ranks of Major General and Lt General were cleared last week. Most of these were pending for over 4-5 months, raising scepticism over the creation of the Department of Military Affairs (DMA) and its task of bringing in efficiency and speedily addressing matters.

The process of promotions and postings of officers was taken away from the Department of Defence (DoD) and handed over to the DMA, when it was created in January this year.

The Chief of Defence Staff, General Bipin Rawat, is the Secretary of the DMA reporting directly to Defence Minister Rajnath Singh, whose office takes a final call on matters of the DMA. The immediate staff of the DMA, including those at the Joint Secretary level, are from the three forces.

The process of posting of officers and files for promotions used to take two months when the DoD handled it, but the present case of 39 Generals was clearly delayed, and only a part of the blame can be apportioned to the Covid-19 crisis.