Amid spate of ‘mahapanchayats’, BJP’s worries grow in Jat-dominated areas of northwest 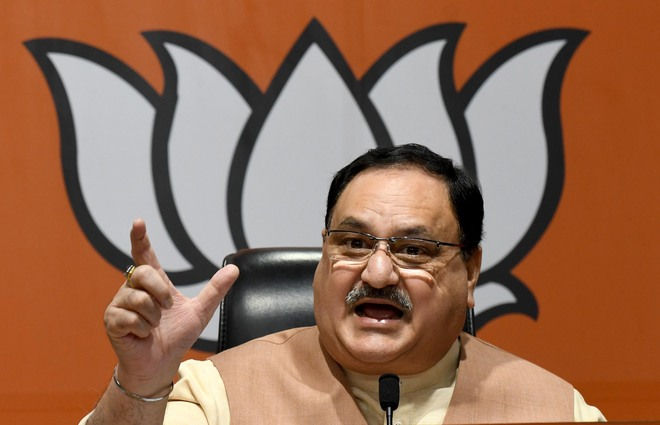 Amid the spate of ‘mahapanchayats’, BJP’s worries appear to be growing over its prospects in the Jat-dominated agrarian lands of north-west India. The “support” to farmers’ agitation from “non-Jats and Muslims” is also threatening to upset the saffron-party’s carefully crafted equations on the back of which it has been winning elections, especially in Uttar Pradesh which is due for polls in 2022.

Though the leadership has tried to give the farmers’ agitation against the three contentious agriculture laws “a two-and-half-state” angle, but the stir making international headlines has led it to discuss and devise a strategy to blunt the feeling of “alienation” among the community. This appeared to be the main theme of the meeting called by the BJP president JP Nadda on Tuesday, a day before the party took a beating in civic body elections in Punjab.

The meeting was attended by Home Minister Amit Shah, Agriculture Minister Narendra Singh Tomar and leaders from Haryana, Rajasthan and Uttar Pradesh – the states leading the stir along with Punjab – including the Muzzafarnagar MP Sanjeev Balyan, who belongs to the same ‘Balyan khap’ as BKU leader Rakesh Tikait

Notably, the growing influence of Rakesh Tikait – who has emerged as a symbol of Jat unity in these ‘khap mahapanchayats’ – in western UP, and now also in parts of Haryana and Rajasthan, influenced by the community and support of non-Jats (including Dalits) and Muslims to what was being considered a predominantly Jat-driven agitation, is a matter of concern for the BJP.

After the 2013 Muzzafarnagar riots, the Western UP region witnessed a deep polarisation with Hindu Jats, non-Jats and Dalits gravitating towards the BJP.

The saffron party has been sweeping the Western UP and Jat-dominated regions on the back of this consolidation. However, the emergence of Tikait as the new binding force at these ‘mahapanchayats’ and the support from non-farming castes and Muslims to the farmers’ agitation has the potential to upset the carefully nurtured vote bank that won it Lok Sabha and Assembly seats, say observers.

Leaders of opposition parties in UP, like the Samajwadi Party and the RLD, are already wooing these sections, building a narrative around "protecting village economy from pro-corporate policy of BJP governments”.

Sources say the BJP is planning a mega reach-out to the community to blunt the growing perception against the party. Top leaders will pitch in this campaign to “dispel politically-driven  misconceptions against the farm laws and the party", they said.

A section in the party also agrees that ‘mahapanchayats’ in Haryana, western UP and parts of Rajasthan are a cause of concern for the party.

The government wants to resolve the issue and “our doors are always open for farmers”, they said, adding that leaders from Punjab, Haryana, Uttar Pradesh and Rajasthan have been asked to reach out to people at the 'panchayat' level (khaps) and ensure that communities, especially Jats,  do not feel alienated from the BJP.