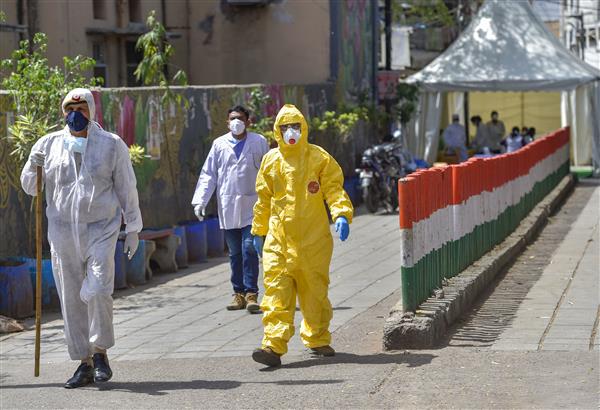 Following the death of Aligarh’s first COVID-19 patient on Tuesday, the negligence of a doctor of Aligarh Muslim University’s Jawaharlal Nehru Medical College has forced 46 staff members of the hospital, including 16 doctors, to be quarantined.

The doctor, Anjum Mirza Chugtai, was instrumental in getting a suspected 55-year old COVID-19 patient with breathing problems admitted to the AMU hospital’s general trauma ward late on Sunday night. Later, he tested positive and succumbed to the disease.

AMU registrar Abdul Hamid has suspended the Dr Chugtai, an assistant professor in the department of medicine with immediate effect for “negligence in duty and violating the COVID 19 protocol”.

According to AMU’s Public Relations in-charge Shafey Kidwai, Dr Chugtai has been suspended and a case of misconduct and negligence has been made out against him. A departmental enquiry has also been instituted.

Sources claim that Dr Chugtai had got the suspected COVID-19 patient admitted to the hospital’s general Trauma ward exposing the other doctors, medical staff, and patients to the virus.

After nearly an hour, the suspected COVID-19 patient was shifted to the hospital’s special isolation ward where he tested positive for the deadly disease. He succumbed to the disease becoming the first COVID-19 death in the district.

According to Kidwai, Dr Chugtai was not on duty at the university’s medical college at the time of admission late on Sunday. However, he put pressure on a junior resident to admit the suspected COVID-19 patient in the general Trauma ward.

Sources claim that Dr Chugtai had been attending the patient in a private nursing home for several days and had referred him to the AMU hospital only when his condition had worsened.

During his treatment at the private nursing home, Dr Chugtai had even referred the patient to a private diagnostic centre for a chest X-ray. Since then the Aligarh administration has cancelled the license of the diagnostic centre.

Aligarh district magistrate Chandra Bhushan has also sent a notice to the JLN Medical College to explain how the patient was admitted to the general emergency instead of the isolation facility.

Similarly, on April 14 in Lucknow’s King George Medical University at least 65 staff members of the Trauma Centre had to be put under institutional quarantined after a 64-year old patient they were treating was tested positive for COVID 19 and later died.