An adult is free to choose his religion: Supreme Court 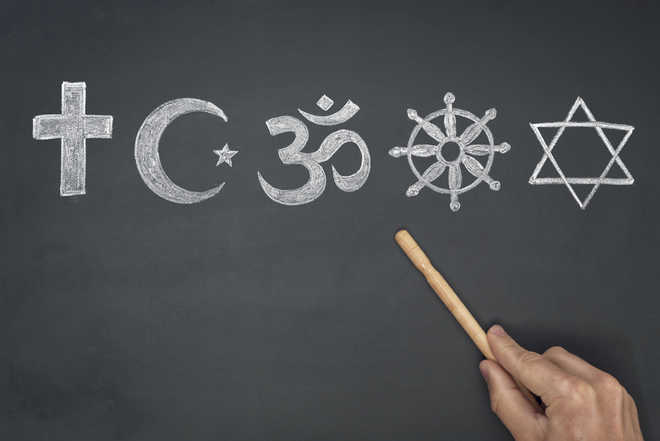 Maintaining that an adult is free to choose a religion of his or her choice, the Supreme Court on Friday refused to entertain a BJP leader's PIL seeking directions to ban black magic, superstition and fraudulent religious conversions.

"We don't see a reason why a person above 18 years can't choose his or her religion," a Bench headed by Justice RF Nariman said, terming Upadhyay's PIL a "publicity interest litigation".

The top court said there was a reason why the word “propagate” figured in Article 25 of the Constitution, which guaranteed right to religion.

After the top court's refusal to entertain his PIL, Upadhyay chose to withdraw it. Later, the BJP leader said he would approach the Ministry of Law and Justice and the Law Commission with his demand.

Upadhyay -- a Delhi BJP leader and an advocate-- had sought directions to the Centre and states to ban black magic, superstition and fraudulent and forcible religious conversions. He wanted the top court to ask the government to appoint a committee to ascertain the feasibility of enacting anti-conversion law to check the abuse of religion.

Highlighting incidents of forceful religious conversion by "carrot and stick" and use of black magic “reported every week throughout the country, Upadhyay had pointed out that the Supreme Court had in the Sarla Mudgal Case (1995) directed the Centre to ascertain the feasibility of enacting an anti-conversion law.

“The law may provide that every citizen who changes his religion cannot marry another wife unless he divorces his first wife. The provision should be made applicable to every person whether he is a Hindu or a Muslim or a Christian or a Sikh or a Jain or a Buddhist. Provision may be made for maintenance and succession etc. also to avoid clash of interest after death...This would go a long way to solve the problem and pave the way for a unified civil code," he had submitted, quoting from the Sarla Mudgal verdict.

In fact, the victims of such forcible conversions were often socially and economically under privileged people, particularly belonging to the SC-ST, Upadhyay had contended.

Terming forceful as a violation of right to equality, right to life and liberty and right to religion guaranteed under Articles 14, 21 and 25 of the Constitution, he had said it was also against the principles of secularism – an integral part of basic structure of Constitution.

Accusing the Government of having failed to take any concrete action against these menace so of the society, he had said, the “Centre is empowered to make special provisions for the benefit of women and children under Article 15(3) and freedom of conscience, free profession, practice and propagation of religion under Article 25 is subject to public order, morality, health and other provisions of Part-III.”

Alternately, he had demanded that the Law Commission should be asked to prepare a report on “Black Magic, Superstition and Religious Conversion within three months in spirit of the Judgment in Sarla Mudgal Case.”

Being custodian of the Constitution and protector of fundamental rights, the court should use its plenary constitutional power to pass directions to stop conversion by carrot and the stick, he had submitted.

The SC refused to entertain a PIL seeking an independent probe into the Nandigram episode in which Mamata Banerjee allegedly got injured. Top court asks petitioners to approach the Calcutta High Court.