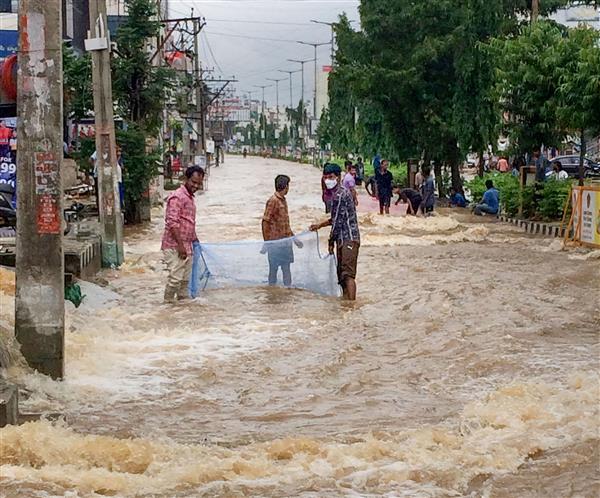 Andhra Pradesh has sought Rs 1000 crore interim relief from the Union Government to compensate people for the heavy losses due to rains and floods in the state.

He also asked the Centre to depute a team of experts to evaluate the loss so that a correct assessment of the damage could be made.

So far, 40 people have died and over two dozen are still missing, besides massive damage to infrastructure and crops. The chief minister’s letter estimates the losses to be to a tune of Rs 6,000 crore.

Jagan has requested an Inter-Ministerial Central Team (IMCT) to visit Andhra Pradesh and assess the damage.

Besides breach of irrigation canals in the four flood-affected districts of Chittoor, Nellore, Anantapur and Kadapa, the state has reported damage to many highways and railroads.

According to the initial estimates, about 1.5 lakh hectare of crop and 42,000 hectares of horticulture crop has been thoroughly washed away, causing massive loss to farmers.