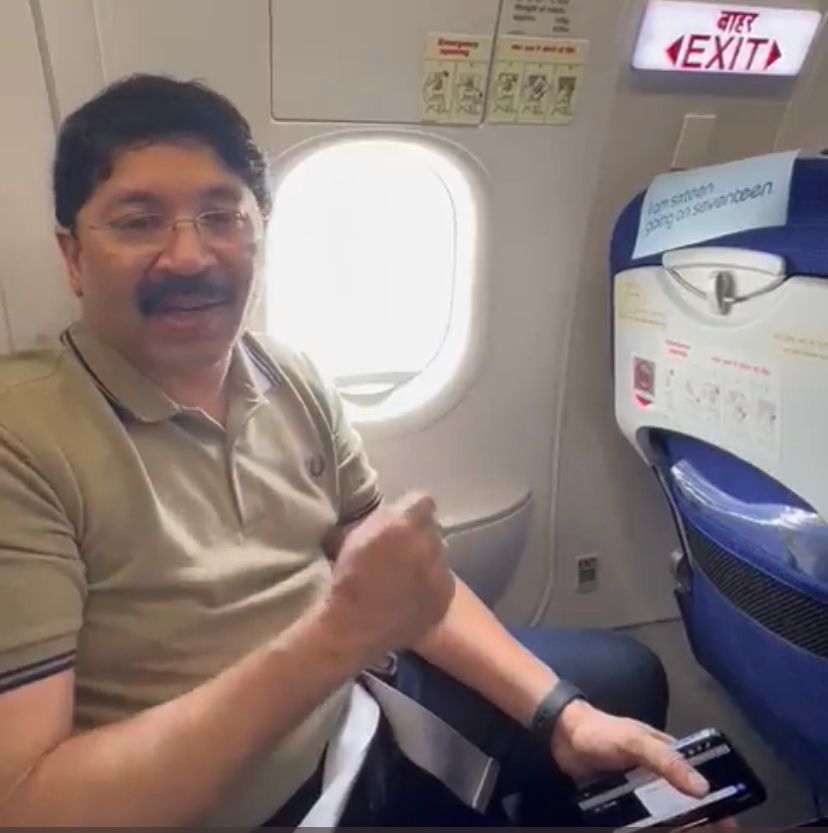 "I heard that he said that Tejasvi Surya only placed his hand and that the door did not open. The emergency exit is on both sides and people sitting next to it do rest their hands on it. How come the door opened this time? He (Annamalai) blatantly lied that the flight was delayed by only 30 minutes," he said.

Balaji said that while Annamalai had denied Tejasvi Surya opened the emergency exit door, Union Civil Aviation Minister Jyotiraditya Scindia accepted that he had opened the door and had apologised to the Indigo airline.

Tejasvi Surya, who is also the national President of the Bharatiya Janata Yuva Morcha was traveling with Annamalai to Tiruchi from Chennai airport when the purported incident took place.

Indigo had, in a statement, said that its flight 6E 7339 traveling from Chennai to Tiruchirapalli on December 10 was delayed by more than two hours after a passenger had accidentally opened the emergency exit door while the flight was boarding passengers and when the plane was on the tarmac.

Balaji said that the BJP state chief should accept the reality and apologise before the people if some mistake had happened.

Annamalai and Balaji had earlier locked horns over the former wearing a watch worth Rs 5 lakh.