Another 6,700-km roads to come up along LAC : The Tribune India 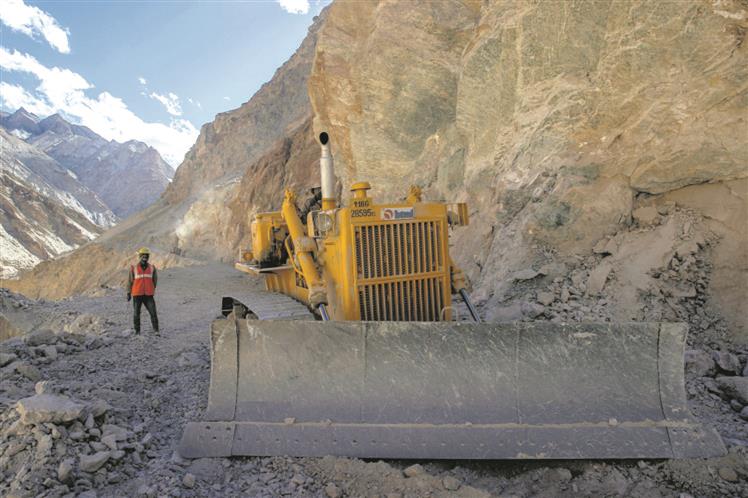 Besides 3,323-km road stretches under construction, another 104 roads will be laid along the LAC.

Besides the ongoing project to construct 3,323-km roads along the boundary with China, the Ministry of Defence is working on additional 104 roads (around 6,700 km) along the Line of Actual Control (LAC) in Ladakh, Himachal Pradesh, Uttarakhand, Sikkim and Arunachal Pradesh.

The Lok Sabha was informed in a written reply on Wednesday that besides the ICBRs, another 104 roads were proposed to be built along the India-China border by the Border Roads Organisation.

Steps have been taken to expedite these projects. The Ministry of Defence has set up an “empowered committee” to resolve the issues pertaining to delays faced by the BRO.

The states of Sikkim, Arunachal Pradesh, Jammu & Kashmir, Ladakh, Himachal Pradesh and Uttarakhand are part of the committee.

Difficult terrain, limited working season, difficulty in obtaining construction material, delay in forest/wildlife clearance and land acquisition are the main issues that lead to delay in the construction of roads here. The empowered committee will work to sort out these issues. — TNS