Under its influence, a low pressure area is very likely to form over Southeast Bay of Bengal during next 48 hours 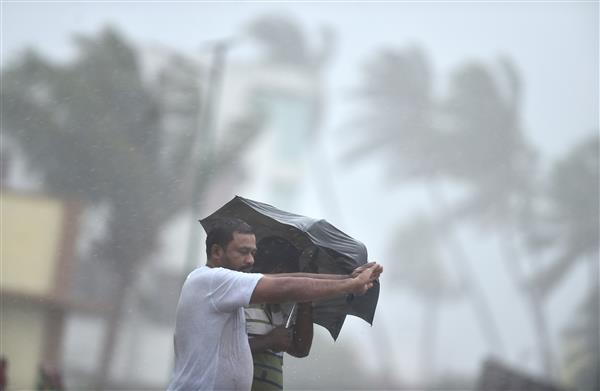 People walk on a street during rain due to Cyclone Nivar, in Chengalpattu district. PTI

Following Nivar, another cyclonic circulation is forming in the Indian Ocean and adjoining South Andaman Sea due to which extremely heavy rains can be expected around December 2 and 3 over Tamil Nadu and Puducherry, IMD has said.

Its latest update states that a cyclonic circulation lies over East Equatorial Indian Ocean and adjoining south Andaman Sea and extends up to 5.8 above mean sea level.

Under its influence, a low pressure area is very likely to form over Southeast Bay of Bengal during next 48 hours. It is likely to concentrate into a depression during subsequent 24 hours and likely to intensify further thereafter. It is likely to move nearly westwards and reach Tamil Nadu-Puducherry coasts around December 2.