Any speech made against government policy can’t be seditious: Justice Nageswara Rao : The Tribune India

Any speech made against government policy can’t be seditious: Justice Nageswara Rao 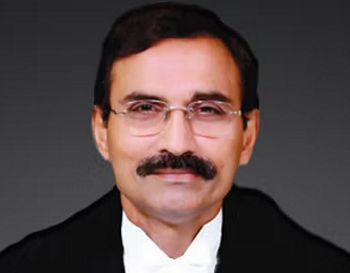 Any speech made against a government policy or action “cannot be seditious” and views in favour of fundamental rights have to be taken, said Supreme Court judge Justice L Nageswara Rao Wednesday while observing that it has been seen that the establishment reacts to comment or criticism against it and does not take it in a proper manner.

He also said that “hate speech” which is mischief committed by a few individuals to promote hatred amongst groups is something which has to be taken note of and there was a proposal for amending the relevant sections in the Indian Penal Code which has not been done till now.

Justice Rao, who was delivering ‘The Soli J Sorabjee Inaugural Memorial Lecture’, also expressed concern over the action of the executive interfering with social media, shutting down the internet by taking the ground of public interest and law and order.

The judge said the government has a duty to ensure that social, economic, and political justice is given to all citizens of the country and the Supreme Court has been reminding the citizenry that no one is above law.

“Unless there is a public discussion and awareness about political rights, there would not be a democracy which is worth its name,” so discussion and speech are promoted by this court in several judgements, he said.

Justice Rao said the apex court in various judgements on fundamental rights and freedom of speech has promoted that every individual should be given an opportunity to openly discuss issues and in this country, if the truth has to come out it will be done only through discussion.

He said these fundamental rights are inalienable and also impose negative restrictions on the state’s power to not encroach on someone’s liberty and added that these rights are not absolute and there can be restrictions placed on them.

He said that for ensuring that persons who are not equals with others are given opportunities to bring them up, the principle that has to be followed is providing them with some benefits and concessions.

Regarding freedom of speech, Justice Rao said there are three aspects—discussion, advocacy, and incitement—and the problem arises when there is incitement and the government can place a restriction on freedom of speech only on eight restrictions, one of which is the security of the state, public order, defamation, etc.

He also discussed one of the latest judgements of the Apex Court about freedom of speech which dealt with section 66A of the Information Technology Act where offensive speech was made punishable to three years imprisonment.

He said there are so many examples where the top court has protected free speech and added that “as and when there is a comment or a criticism made by the citizens against the government and whenever something is said about an establishment we would see that there is a reaction by the establishment and they would not take the criticism in a proper manner.” “There were a number of criminal cases registered on the ground that the speech was seditious and is in violation of section 124A of IPC and section 153A IPC which deals with promoting hatred among religions and citizens of this country. This section 124 A was challenged in the Supreme Court on the ground that it violates the fundamental right of freedom of speech. This court refused to declare it as unconstitutional but it has said that every speech which is made against government policies or against whatever the government has done cannot be seditious speech,” he said.

He added the court has said that you have to take a view in favour of the fundamental rights and not be swayed by whatever is the opinion of authorities about the speech being contrary to the interest or security of the state and it cannot be seditious speech.

On the issue of hate speech, Justice Rao said it is mischief committed by a few individuals to promote hatred amongst groups and that is not the tranquility of this country.

He said in this era of social media hate speech is something that has to be taken note of and there was a proposal for amending the relevant sections in the IPC which has not been done till now.