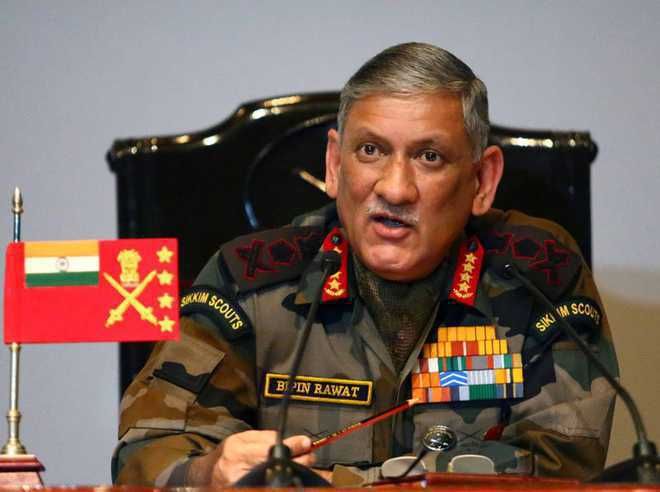 Army Chief General Bipin Rawat will hold deliberations on Monday over how technology was rapidly changing the character of war fighting across the globe and challenges before the Indian forces in non-contact warfare.

During the deliberation, Indian Army Chief-designate Lt Gen Manoj Mukund Naravane will focus on contact-less wars and how major powers have increased the non-conventional components as part of their force restructuring.

Rawat will retire on December 31 and the government has announced Lt Gen Naravane his successor.

Concerned about non-contact warfare challenges before India, Rawat had stated: “It is a serious issue. We are preparing for non-contact warfare.” The discussion, slated to take place during Army Technology Seminar at Manekshaw Centre, will be attended by stakeholders — military operations practitioners, policy makers, industry and academia.

The focus areas would also be on harvesting indigenous capabilities in the defence sector and uses of technologies for non-contact warfare and emerging challenges from other actors.

“The innovators in uniform will showcase their products and offer these to industry to refine and productionise,” said a senior Army officer.

In non-contact warfare, the victory of any country would be on defeating the opponent’s armed forces in his own territory, destroying of the enemy’s economic potential and subverting adversary’s political system.

“For that the country needs to technologically upgrade their command, control, communications, computer, intelligence, surveillance, and reconnaissance mechanism,” the officer said, adding the meet would chart the future course of action in non-contact warfare. — IANS

Pune: Underlining the importance of intel in successful military operations, Army Chief-designate Lt Gen Manoj Naravane on Saturday said the world of intelligence is not like the glamorous portrayal of “James Bond, guns and girls” but more of “John Le Carr’s ‘Smiley’ novels”. ‘When we talk or think about intelligence, we normally think of James Bond, guns, girls, guitar and glamour, but the world of Intelligence is not that. The world of intelligence is more of John Le Carre's Smiley novels... Unseen, unheard, unknown, working behind the scenes, analysing volumes of information,”the Lt General said. pti