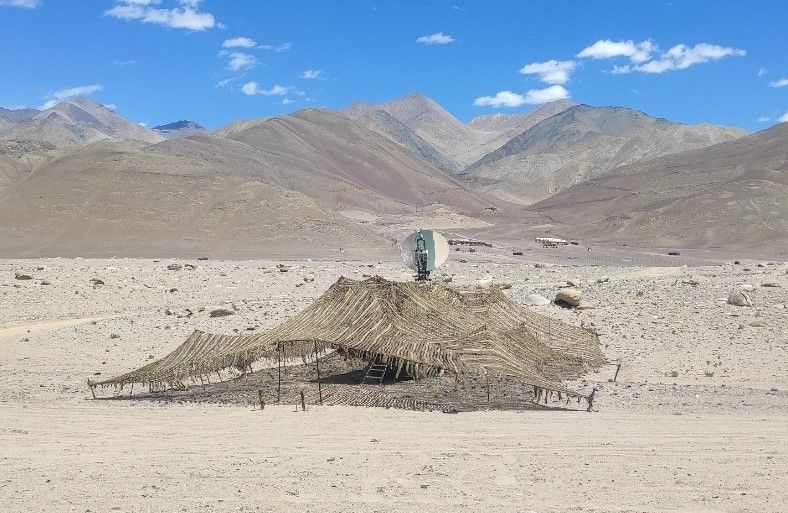 A ground-based terminal for space communication in the Himalayas.

Fine-tuning technology to use space-based assets for communication in future wars, the Army conducted a satellite communication exercise, named Skylight, to check operational readiness of all satellite-based systems on the ground, including those in forward areas.

During the two-week exercise, all satellite communication assets of the Army were activated, including 200 static ground-based terminals and some 80 transportable vehicle-mounted terminals, and the man-portable system was used in collaboration with agencies, including ISRO.

The exercise included a scenario if the ground communication gets snapped in a war, how will space assets such as satellites and ground terminals perform to provide voice and data connectivity.

Drawing lessons from the Russia-Ukraine war, the Army is engaging with the industry and academia to develop hand-held secure satellite phones, said sources in the defence establishment.

The operation of the satellite communication system, known as starlink and owned by Elon Musk’s SpaceX, was available with the Ukrainian forces. It provided real-time targets for directing artillery fire and secured the Internet and the GPS to the Ukrainian forces on the ground.

The starlink and its impact were studied in an Army study on communication, cyber and electromagnetic effects during the Russia-Ukraine war.