Army to procure 50,000 bulletproof jackets for its frontline troops

Procurement process expected to commence in next couple of months 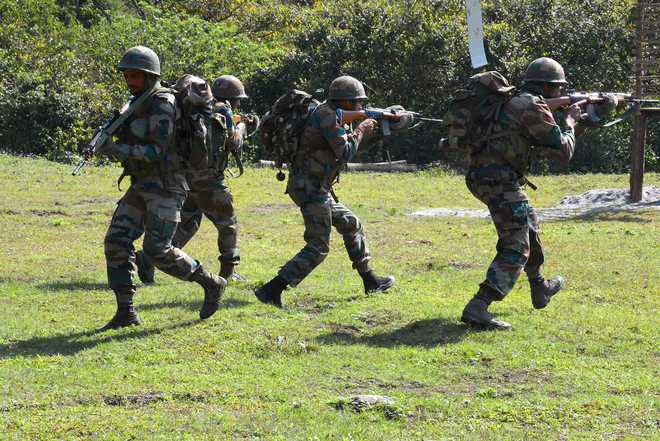 The Indian Army has projected a requirement of 50,000 new bulletproof jackets (BPJs) for its frontline troops, the procurement process for which is expected to commence in the next couple of months.

The Ministry of Defence is expected to issue a request for proposal to vendors in June and the procurement would be done in phases over a 12 to 24 month period after all the modalities have been finalised and user trials concluded.

The specifications listed by the Army state that the BPJs should be able to protect a soldier against 7.62 mm armour piercing rifle ammunition as well as hard steel core bullets fired from a distance of 10 metre.

The BPJs required for protection against armour piercing ammunition, whose velocity is higher than that of other bullets, should weigh less than 10 kg, while the weight of those meant for use against steel core rounds should not exceed 8 kg.

The jacket’s outer tactical vest should have the capacity to carry three magazines of the newly inducted SIG 716 rifle and the proposed AK-203 assault rifle along with other items like hand grenades, hand-held radio sets, tools, or attach additional pouches.

Shortage of bulletproof jackets has been dodging the army for many years and in the past, the procurement process as well as trials have generated controversy pertaining to the source as well as the quality.

In 2009, there was a shortage of 3,53,755 BPJs and procurement was not done for a long time. A contract for procurement of 1,86,138 BPJs, through the capital route, was concluded with a private firm in April, 2018. In February 2021, Minister of State for Defence, Shripad Naik, informed Parliament that out of the aforementioned order, 1,00,000 BPJs have been received so far.

Some Indian firms are also producing BPJs for the armed forces as well as the police. Last month, the Defence Research and Development Organisation claimed to have developed a lightweight BPJ, weighing about 9 kg that met the qualitative requirements of the Indian Army.