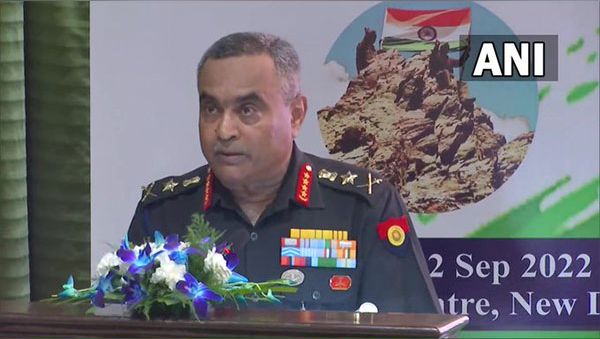 The Army is looking to shed its colonial past vis-a-vis its uniform, ceremonies and names of regiments and buildings dating back to pre-Independence times.

What all is up for revision

Army Chief General Manoj Pande on Tuesday said two friction points still remained along the LAC in eastern Ladakh. Speaking at an event, he said, “I am sure we will be able to find a solution.”

In an internal discussion tomorrow, the Adjutant General of the Army will review the prevailing customs, old practices, regulations and policies. Several veterans, however, have reacted strongly over the agenda note that is doing the rounds on social media platforms.

Army sources said the mere circulation of the agenda note did not mean that all suggestions would be carried out. The matter would be debated threadbare before any changes are executed.

The agenda note for the review meeting says “it’s time to move away from archaic and ineffective practices”. Army uniforms and accoutrements are being considered for the review, the sources said, adding that it wasn’t clear if the lanyard (the cord around the shoulder) would stay or not.

The note also lists “names of units” for a review. Infantry regiments like Sikh, Gorkha, Jat, Punjab, Dogra, Rajput and Assam were all named by the British.

Last year while addressing the Combined Commanders Conference, Prime Minister Narendra Modi had laid emphasis on the indigenisation of doctrines, procedures and customs in the armed forces. He had advised the three services to “rid themselves of legacy systems and practices that have outlived their utility and relevance”.

Units, establishments and institutes of colonial past are also on the review list, so are the names of buildings, roads and parks after the names of British commanders like Sir Claude Auchinleck and Herbert Kitchener. The affiliation of Army units with foreign armies, especially those which fought in the two World Wars will be reviewed, and there is a proposal that the regimental events and reunion should be restricted to the Army.

The meeting will also touch upon the pre-Independence theatre honours or battle honours awarded by the British to quell dissent by Indian states. Several Indian Army units have battle honours to mark the Anglo-Sikh wars, Anglo-Maratha wars and the Anglo-Gorkha wars.

The meeting will also review the ‘affiliation with Commonwealth War Graves Commission’, the grant of Honorary Commission, ceremonies like Beating the Retreat and having a “Colonel” as the head of regiment.