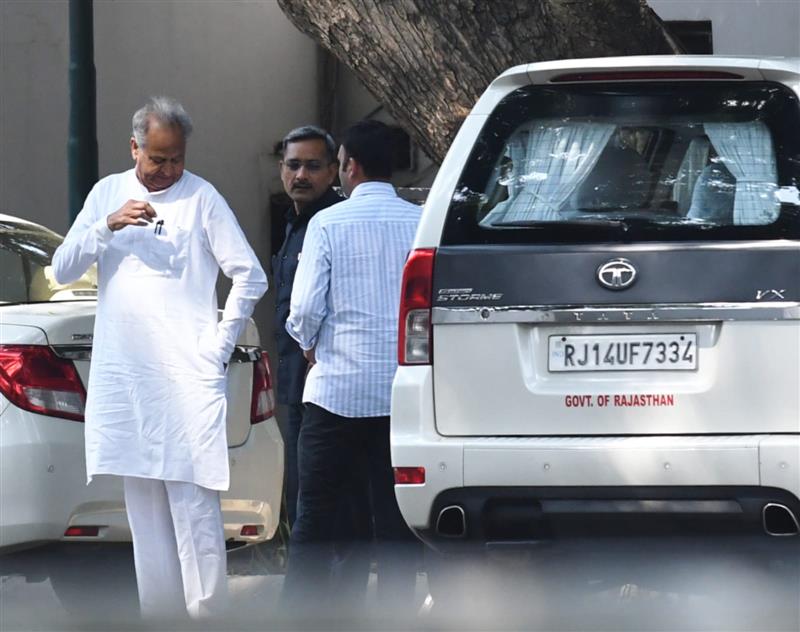 Ahead of the unceremonious removal of former Punjab chief minister Capt Amarinder Singh in late 2021 on the eve of state elections, the Congress had initiated a similar exercise as in Rajasthan of a "one on one consultation with MLAs on who they wish to see as their leader".

After the prolonged exercise led by Rahul Gandhi ended, Sonia Gandhi summoned a Punjab CLP meeting of which Capt claimed he had no clue.

The then CM also said he was told hours before the CLP meeting that he needed to step down.

Charanjit Singh Channi was installed as Capt's replacement after the Congress argued that in-house surveys had indicated massive anti-incumbency against Capt -- a reason it cited for the consultative exercise to remove the Punjab CM.

Support for Channi was later disputed by then Punjab Congress chief Sunil Jakhar (now in BJP) who claimed he had the support of maximum MLAs but was ignored.

When Punjab elections results came, AAP swept the state, Channi lost both his seats and the Congress was down to 18, its lowest tally in the state.

Now fast forward to Rajasthan: Ministers close to state CM Ashok Gehlot have been alleging for days a conspiracy to remove Gehlot with the party again citing "surveys showing anti-incumbency against the CM."

Though the Punjabscript is playing out in Rajasthan, a crucial difference between the two stories is the support Gehlot enjoys of state MLAs unlike Capt Amarinder in Punjab.

"We are the ones who stood by the party when Sachin Pilot rebelled in July 2020. Party loyalists have been rewarded with disciplinary notices," said a Rajasthan minister adding that Gehlot has been elected CM for five years.

It is learnt that behind the scenes, AICC general secretary Priyanka Gandhi Vadra could be active in Rajasthan developments, as she was in Punjab.

At the time of aborting his rebellion, Pilot had been granted assurances by Priyanka, who now sees a chance to fulfil her promises.

In this power game, it remains to be seen if Gehlot can guard his home turf and chief minister-ship or whether he too will be shown the door like Amarinder Singh.

The jury is out and some clarity is likely to emerge by tonight.

Meanwhile, Rahul Gandhi's insistence on one person and one post pledge taken by the party in Udaipur is also being debated in party circles with one Gehlot loyalist asking, "Many pledges were taken at that same conclave. Why this obsession with only one pledge pertaining to one person, one post? What is the reason?"

Rajasthan is one of the only two states (the other being Chhattisgarh) where the Congress is in power on its own.

Rajasthan elections are due in late 2023.