At cheetah enclosure, two jumbos to keep off leopards : The Tribune India

At cheetah enclosure, two jumbos to keep off leopards 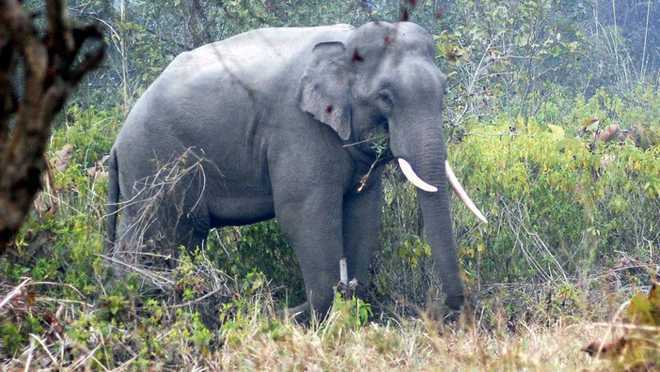 Two elephants are being deployed to chase away four leopards from an enclosure in Madhya Pradesh’s Kuno National Park (KNP) meant to house cheetahs during an acclimatisation phase after they arrive here from Africa as part of an ambitious reintroduction project, officials said on Sunday.

The elephants, along with their mahouts, embarked on the 800-km journey to KNP from Satpura Tiger Reserve on Sunday morning on trucks stocked with all essential items, STR Director L Krishnamurthy said.

As per forest officials, such trained elephants are used for a variety of tasks, including encircling animals for tranquilisation, driving away invasive animals etc.

Six leopards had entered the enclosure, spread over 5 sq km, meant for the cheetahs, and while two had been chased away, efforts over several days to drive the remainder were in vain, officials admitted.

The cheetahs, which are expected to arrive next month from South Africa and Namibia, need time to acclimatise due to the long journey as well as new environment here.

MP Principal Chief Conservator of Forests (Wildlife) JS Chauhan had admitted cheetahs might be under stress because of long journey due to which keeping them in an enclosure for acclimatisation was necessary. Cheetahs went extinct in 1952 and the ‘African Cheetah Introduction Project in India’ has been underway since 2009, before picking up speed.