At least 27 per cent students do not have access to smartphones, laptops: NCERT survey

The survey had over 34,000 participants, including students, parents, teachers and school principals from Kendriya Vidyalayas, Navodyaya Vidyalas and CBSE-affiliated schools 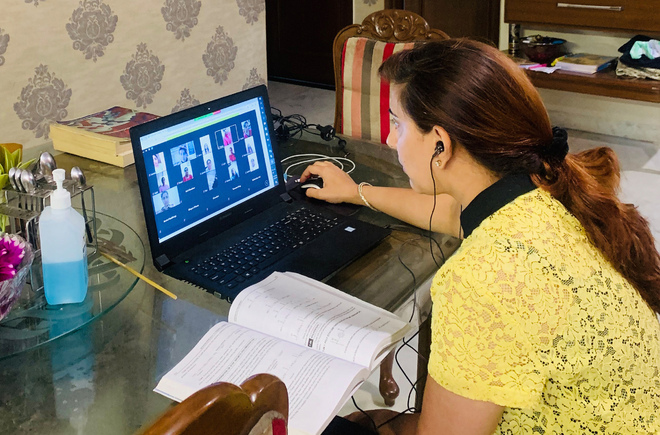 At least 27 per cent students do not have access to smartphones or laptops to attend online classes, while 28 per cent students and parents believe intermittent or lack of electricity is one of the major concerns hindering teaching-learning, according to a survey by the NCERT.

The survey with over 34,000 participants, including students, parents, teachers and school principals from Kendriya Vidyalayas, Navodyaya Vidyalas and CBSE-affiliated schools, has pointed out that lack of knowledge of using devices for effective educational purposes and teachers not being well-versed with online teaching methodologies caused hindrance in the learning process.

"Approximately 27 per cent of the students mentioned the non-availability of smartphones and laptops. The maximum number of stakeholders has opted for mobile phones as a medium for teaching-learning during the COVID-19 period," the survey by the National Council of Educational Research and Training (NCERT) said.

"About 36 per cent of the students used the textbooks and other books available with them. Laptops were the second most favoured option amongst teachers and principals. Television and radio were the least utilised devices for the teaching-learning in the pandemic situation. The absence of enriched interaction between the teacher and the students was one of the reasons as identified by the stakeholders," it added.

The survey noted that almost all of the responsive states use physical (non-digital) mechanisms to track the progress of learners with majority of them either practising home visit by teachers or systematic parental guidance via phone calls.

"About half of the students stated that they did not have the school textbooks. Although the e-text books are available on NCERT website and DIKSHA, the probable reasons behind this feedback are that students are used to studying from the hard copy of the textbooks; there is lack of awareness regarding the availability of the e-textbook and paucity of devices with students and teachers," it said.

The majority of the stakeholders pointed out that mathematics as a subject was difficult to learn via online medium.

"Since mathematics contains a number of concepts which require interaction, continuous support, monitoring from the teacher and these aspects were lacking in the online mode of teaching.

"Next to mathematics, science was identified as the subject of concern since it contains several concepts and practical experiments which could only be done in the laboratory under the supervision of the teacher. A few stakeholders also found social science as a difficult subject to grasp through online classes," the survey said.

It said that around 17 per cent of students identified languages as being a difficult subject to learn through online medium.

"Many students and parents felt the need for physical education classes through online mode, as physical fitness is the need of the hour to combat this pandemic. Arts education can help to reduce stress and boredom. Around 10 per cent of the stakeholders mentioned art education as a subject of concern," the survey said.

Universities and schools across the country have been closed since March 16, when the Centre announced a countrywide classroom shutdown as part of measures to contain the COVID-19 pandemic.

A nationwide lockdown was imposed on March 25. While several restrictions have been eased, schools and colleges continue to be closed.

The prolonged closure of educational institutions has mandated a shift from classroom teaching to online learning.

Based on the NCERT survey findings, the Ministry of Education has formulated Students' Learning Enhancement Guidelines.

"The guidelines will help children, who do not have digital resources to get learning opportunities at their homes, with their teachers or volunteers. Apart from this, it will also help in our efforts to overcome the learning deficiencies of all those students who are learning at home through various alternative ways using radio, television or smartphone," Union Minister of Education Ramesh Pokhriyal 'Nishank' said.

The minister informed that the guidelines and models are suggested for three types of situations.

If R is greater than 1, the number of infected people is inc...