Average temperature over India projected to rise by 4.4 degrees Celsius: Govt report on impact of climate change in country : The Tribune India

Average temperature over India projected to rise by 4.4 degrees Celsius: Govt report on impact of climate change in country

In the report, the Ministry of Earth Sciences also says the intensity of heat waves is likely to increase by three to four times by the end of the century 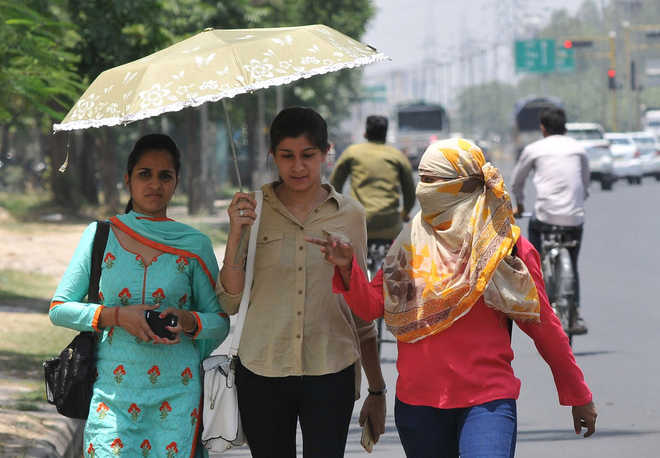 In the past few years, India has witnessed a decrease in monsoon rains, rise in extreme temperature and rainfall events. File Photo

In a first, the Ministry of Earth Sciences (MoES) has come out with an “Assessment of Climate Change over the Indian Region” based on the data from 1901-2018 to establish that India’s average temperature has risen by around 0.7°C during the period.

According to the report expected to be officially launched on June 19, the average temperature in the country is projected to rise by 4.4 degrees Celsius and the intensity of heat waves increase by three to four times by the end of the century.

The pre-monsoon temperatures displayed the highest warming trend followed by post-monsoon and monsoon seasons. The frequency of warm extremes over India increased during the period 1951-2015, with accelerated warming trends during the recent 30-year period of 1986-2015.

A significant warming is observed for the warmest day, warmest night and coldest night since 1986.

The frequency and intensity of warm days and warm nights are projected to increase in the coming decades, while that of cold days and cold nights will decrease. These changes will be more pronounced for cold nights and warm nights. The pre-monsoon season heat wave frequency, duration, intensity and areal coverage over India are projected to substantially increase during the 21st century.

In the past few years, India has witnessed a decrease in monsoon rains, rise in extreme temperature and rainfall events, droughts, and sea levels rising and also an increase in the intensity of severe cyclones along with other changes in the monsoon system.

Experts say there is compelling scientific evidence that human activities have influenced these changes in regional climate. As the greenhouse gas emissions are expected to rise in the 21st century, India needs to put sustained effort in building resilience and adaptation frameworks.

This report primarily aims at providing answers to questions like how and why India’s climate is changing, what all changes are projected for the future, what are the uncertainties and knowledge gaps in this context, and which are the areas that require greater research. It also talks of combined rise in surface temperature and humidity, amplification of heat stress is expected across India, particularly over the Indo-Gangetic and Indus river basins.

The Sea Surface Temperature (SST) of the tropical Indian Ocean has risen by a degree Celsius on average during 1951-2015, markedly higher than the global average SST warming of 0.7 degree Celsius, over the same period. As per Jayaraman Srinivasan from Divecha Centre for Climate Change, Indian Institute of Science, the increase in global mean temperature can be directly linked to the increase in greenhouse gases like carbon dioxide and methane. The causes of local climate change are, however, much more complex.