It will depict the culture, tradition and art related to Ayodhya and Lord Rama in different countries. 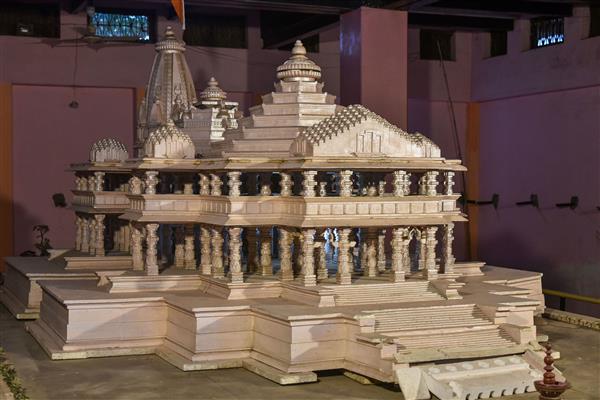 The glory and grandeur of the Ram temple being built in Ayodhya will be on display during the Republic Day parade in national capital New Delhi on January 26.

The tableau of Ram temple in Ayodhya is being specially prepared by the state information department for the Republic Day parade.

The tableau, titled 'Ayodhya: Cultural Heritage of Uttar Pradesh', will also depict the culture, tradition and art related to Ayodhya and Lord Rama in different countries.

The proposal sent from Uttar Pradesh was approved during the meeting held in Delhi regarding the tableau of the Republic Day parade.

According to a government spokesman, Ayodhya is becoming a major centre of religious tourism with the construction of the long-awaited temple on the birthplace of Lord Ram.

The Yogi Adityanath-led Uttar Pradesh government also wants to make Ayodhya the main centre of religious tourism all over the world.

The Chief Minister has started a grand campaign to restore Indian culture globally. Ayodhya is being rejuvenated under this campaign.

For the first time in history, the grand Deepotsav function is now held in Ayodhya on the eve of Diwali every year.

Incidentally, the Republic Day tableau will also have a glimpse of 'Deepotsav' in Ayodhya.